The Union health ministry has declared 170 districts in 25 states as COVID-19 hotspots and 207 districts in 27 states as non-hotspots, officials said on Wednesday, reiterating that there has been no community transmission of the disease in the country so far. 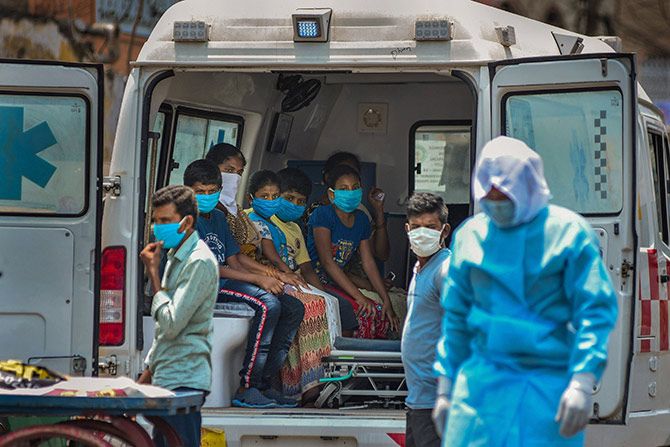 IMAGE: Kins of an allegedly suspected COVID-19 patient are being transferred to a hospital in Vijaywada. Photograph: PTI Photo

Addressing the daily briefing to provide updates on coronavirus situation in the country, joint aecretary in the ministry of health Lav Agarwal said that states have been asked to classify districts witnessing higher number of cases as hotspots, districts where some cases have been found as non-hotspots, and those which have reported no cases as green zones.

To ensure maximum containment of coronavirus during the lockdown period, the Union health ministry has asked states to classify districts into hotspots, non-hotspots and green zones.

Besides, it has identified 207 non-hotspot districts with clusters in 27 states.

Districts witnessing high number of cases or high growth rate of infections are being marked as hotspots; districts where some cases have been found as non-hotspots; and those which have reported no cases as green zones.

Addressing the daily briefing to provide updates on coronavirus situation in the country, joint aecretary in the ministry of health Lav Agarwal said that states have been asked to classify districts witnessing higher number of cases as hotspots, districts where some cases have been found as non-hotspots, and those which have reported no cases as green zones.

"Cluster containment plan needs to be implemented in those 207 non-hotspots as they can develop as potential hotspots," the official said.

"There is no community transmission in the country so far. What we are seeing is some local outbreaks and clusters, where cluster and outbreak containment strategies are being adopted," he said.

The districts which have not reported any cases yet have also been directed to work on cluster containment plans, he said.

In order to break the chain of transmission, focus needs to be on contact tracing, monitoring and clinical management. States have been asked to uniformly implement the containment plan in every district across the country, Agarwal said.

He said the cabinet secretary held a video conference on Wednesday with all chief secretaries, DGPs, health secretaries, collectors, SPs, municipal commissioners and CMOs where hot spots was discussed and orientation on field level implementation of containment strategy was given.

In a letter to all chief secretaries of states and UTs, Union health secretary Preeti Sudan said hotspot districts need to ensure implementation of the outbreak containment plan, adding that the states also need to identify hotspots based on the doubling rate of confirmed cases.

"This exercise of identification of hotspots has to be done on a weekly basis (every Monday) or earlier. Strict containment measures need to be implemented in these hotspots," she said.

Further, for non-hotspot districts reporting cases, states need to ensure that containment measures are taken so as to ensure that cases in these areas can be contained.

The letter, however, does not specify any district as a green zone.

Sudan asked states to undertake effective surveillance of severe acute respiratory illness (SARI) and infuenza like illness (ILI) cases in districts that do not have any confirmed cases so far besides ensuring setting up of dedicated COVID-19 hospitals.

"It is requested that states should utilize the extended lockdown period to the maximum extent to convert the hotspots (red) to orange and in turn green zones," she said.

Red zone districts which require focused attention are those reporting large numbers of cases or having high growth rate of infections.

Besides, hotspots districts with large outbreaks include 22 districts from Tamil Nadu, 11 each from Maharashtra, Andhra Pradesh and Rajasthan, nine from Uttar Pradesh, eight from Telenhana, six from Kerela, five from Madhya Pradesh and Gujarat, four from West Bengal and three from Karanataka.

Responding to a question on whether the novel coronavirus has originated from bats, Head of Epidemiological and Communicable Diseases at ICMR Raman R Gangakhedkar said that a recent ICMR study has found the presence of bat coronavirus (BtCoV) in two bat species in some states which are incapable of affecting humans adversely.

These bat coronaviruses have no relation with SARS-CoV2 responsible for the COVID-19 pandemic, he said.

"Coronavirus is found in bats. We have come to know from the research in China so far that the virus which has affected humans either may have been because the bat virus developed such mutations that it developed the capacity to cause disease in humans or it got transmitted to pangolins from bats first and then to human beings.

"This question is being asked because we started a survey on emerging infectious diseases and to see if those viruses can be found in bats. We found the presence of coronavirus in two bat species but they are not capable of affecting human beings adversely," Gangakhedkar said.

"The instances of transmission of virus from bats to humans can happen may be once in around 1000 years or so. It is a rare event," he said.

He further said 73 private labs have been given approval for conducting COVID-19 tests out of which 22 labs are currently testing. 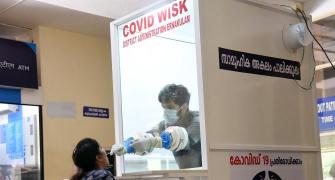 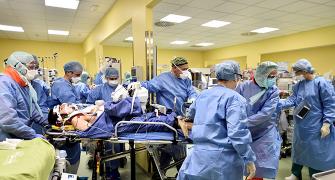 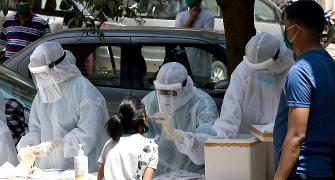 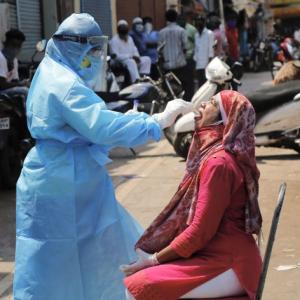