The Ministry of Information and Broadcasting has ordered the blocking of 35 YouTube channels and two websites which were running anti-India propaganda and spreading fake news 'in a coordinated manner'. 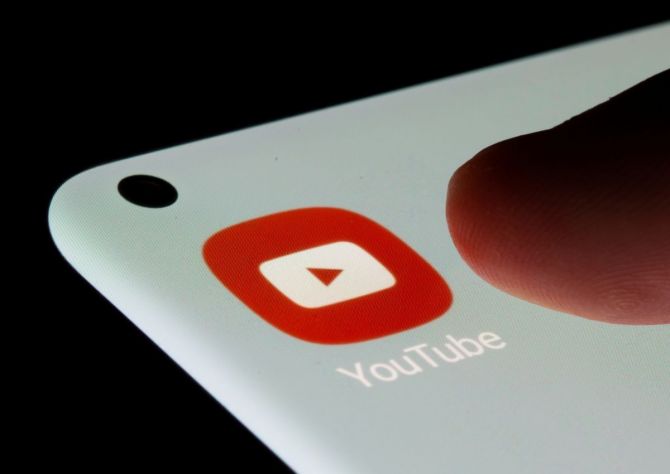 All these YouTube channels, websites and social media accounts were being operated from Pakistan to spread 'anti-India fake news and other contents on sensitive subjects'.

"We have used the provision of section 69 A of the IT Act to block these channels under the emergency provisions as their contents were totally toxic and against the sovereignty of India, sort of a war of misinformation against the country (India)," Information and Broadcasting (I&B) Secretary Apurva Chandra told a press conference on Friday.

To block Pakistan-based social media accounts and websites, five separate orders were issued under Rule 16 of the Information Technology (Intermediary Guidelines and Digital Media Ethics Code) Rules, 2021 to the respective intermediaries, internet service provides and the department of telecommunication.

Chandra said Indian intelligence agencies were 'closely monitoring' these social media accounts and the websites, and flagged them to the ministry for immediate action.

The orders were issued on Thursday, he added.

The 35 YouTube accounts, which were being operated from Pakistan, had a total subscriber base of over 1 crore 20 lakh and their videos had over 130 crore views, the I&B secretary said.

Replying to reporters' queries, he said Indian intelligence agencies are 'now alive to this issue' and that more such channels would be blocked in coming days.

He also called upon people to bring to the notice of the government if they find any YouTube channel, website or social media account running anti-India propaganda.

"We will take action," he said.

This comes days after 20 YouTube channels and two websites were blocked for spreading anti-India propaganda and fake news on a directive issued by the ministry in December last year.

I&B Minister Anurag Thakur had on Wednesday warned that the government would continue to take such action against those 'hatching conspiracy' against the country.

The ministry said all the 35 YouTube accounts, ordered to be blocked on Thursday, were identified as being part of 'four coordinated disinformation networks'.

'A set of four channels, and a set of two other channels were also found to be acting in synchronization with each other' it said in a statement.

All these networks 'appeared' to be operated with 'a single goal' of spreading fake news oriented towards the Indian audience, the ministry said.

The ministry said the YouTube channels, websites and social media accounts, ordered to be blocked, were used by Pakistan for spreading anti-India fake news about sensitive subjects such as the Indian Army, Jammu and Kashmir and India's foreign relations with other countries.

'It was observed that rampant fake news was spread through the YouTube channels regarding the demise of Chief of Defence Staff Gen Bipin Rawat,' the ministry said.

These YouTube channels had also started posting content to undermine the democratic process of the upcoming elections in five states, it said.

'They propagated content to encourage separatism, divide India on the lines of religion, and create animosity among various sections of the Indian society.

'Such information was feared to have the potential to incite the audience into commission of crimes adversely affecting public order in the country,' the ministry added.

The ministry secretary hoped that YouTube will block the access to the channels across the globe as it had done last time following the ministry's order to block 20 anti-India channels.

Replying to queries, he said that role of the intermediaries is 'important' in checking the spread of fake news and misinformation on the Internet and suggested that they should create certain mechanism to identify such accounts and block them.

'We have got a good response from the intermediary. Last time they blocked the (20) YouTube channels across the global level, taking action within 24 hours. We expect from them that they have a system in place so that such things doesn't find way... They should have some system that red flags such channels,' he said.