Govt clears funds for NPR; rules out any link with NRC

The NPR data will be used for schemes such as Ayushman Bharat, Pradhan Mantri Awas Yojana, Ujjvala and Saubhagya for identifying the intended beneficiaries. 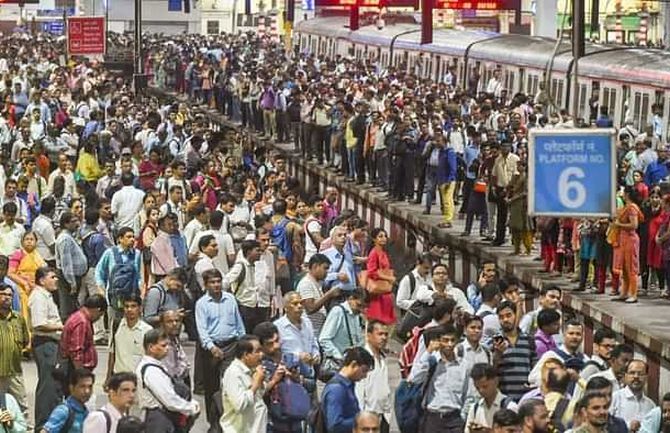 The government on Tuesday approved nearly Rs 12,700 crore for carrying out the Census 2021 and the National Population Register, and made it clear that NPR has no relation with the contentious National Register of Citizens amidst stiff opposition against the NRC.

However, home ministry officials said "at present there is no proposal to create the NRC in the country based on the NPR data".

Briefing reporters, Union minister Prakash Javadekar asserted that the NPR, to be carried out along with the first phase of the Census 2021 from April to September next year, has no relation with the NRC.

"There is no relation (of NPR) with the NRC," he said.

Javadekar said while updating the NPR, the government will not seek any document from the people nor any biometric data. "Whatever the citizens will give, we will accept in the form of self declaration," he added.

However, according to the official website of the Registrar General and Census Commissioner "the objective of the NPR is to create a comprehensive identity database of every usual resident in the country. The database would contain demographic as well as biometric particulars".

Responding to a volley of questions on the NPR, Javadekar said the exercise was first initiated in 2010 during United Progressive Alliance regime and the then Prime Minister Manmohan Singh had distributed cards to those who were registered under the NPR.

The NPR was prepared in 2010 under the provisions of the Citizenship Act, 1955 and Citizenship Rules, 2003, which was subsequently updated in 2015 by seeding it with Aadhaar, according to an official release.

"It was a good initiative...we are only updating it after 10 years," he said.

The data will be used for schemes such as Ayushman Bharat, Pradhan Mantri Awas Yojana, Ujjvala and Saubhagya for identifying the intended beneficiaries.

Asked about the declarations by a few non-BJP state governments, including West Bengal and Kerala, that they would not participate in the NPR exercise, Javadekar said "all state governments have issued notifications in this regard and are already training their officials for the exercise".

In July 2014, the then Minister of State for Home Kiren Rijiju had informed Rajya Sabha in a written reply that "the government has now decided to create the National Register of Indian Citizens (NRIC) based on the information collected under the scheme of NPR by verifying the citizenship status of all individuals in the country".

Separately, home ministry officials explained uses and benefits of the NPR in various social welfare scheme and national security. They also maintained that it will not be used "at present" for the NRC.

The decennial census is the largest single source of collecting a variety of statistical information on different characteristics of the people of India, conducted under the Census Act 1948.

The NPR is a register of 'usual residents' of the country.

The Supreme Court-mandated NRC was updated in Assam to identify the bona fide Indian citizens who or his/ her ancestors were residents of the state before March 1971.

The Census, a largest administrative and statistical exercise in the world, will cover the entire population in the country while NPR will also cover all the population except in Assam.

The next decennial Census is due in 2021 and would be conducted in two phases: house listing or housing census from April to September, 2020, and population enumeration from February 9 to February 28, 2021.

The NPR will be updated along with the first phase of the Census.

A total of 30 lakh field functionaries will complete this gigantic exercise of national importance, up from 28 lakh in 2011, the release said, adding use of mobile app for data collection and the central portal for monitoring purpose will ensure early release of census data with improved quality.