Amid reports of a cyber attack on the Kudankulam nuclear power plant, Union minister Jitendra Singh on Wednesday told Lok Sabha that "if at all an error like this happened, it was confined to the administrative block". 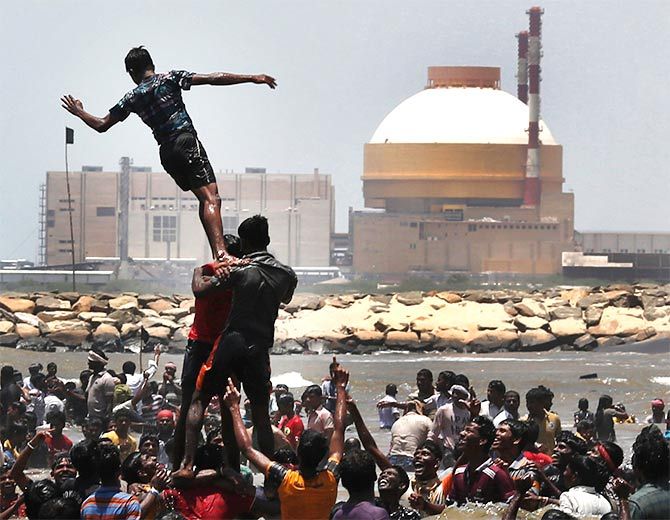 The Nuclear Power Corporation of India, a public sector undertaking under the Department of Atomic Energy, had recently admitted of a malware attack on one of the computers in the plant but said the plant systems were not affected.

During Question Hour, the minister of state in the Prime Minister's Office, who also looks after the Department of Atomic Energy, said, "Whatever if at all an error like this happened...it was only confined to the administrative block (of the plant)".

"The concern of member is very valid...I cannot deny certain admission were made by the department," he said while replying to a question on recent cyber attack on the Kundankulam Nuclear Power Plant.

There is a secured system to tackle cyber attacks and there is a segregation of nuclear generation from the administrative segment, he said.

He emphasised the need to create awareness about nuclear power plants and that there is no radiation risk.

Citing an example, Singh said, in some countries particularly France nuclear power plants are located even in residential areas.

All such plants are following most stringent norms of safety and security and there are regular review of power plants done.

Besides, he said, most of the plants are located very far from the seismic zone.

The AFR is designed for storing spent fuel discharged by two reactors over a period of 40 years, he said.

However, he said, the actual storage at any given time would depend on the amount of fuel discharged from reactors and drawn from the AFR for reprocessing.

The AFR facility is designed with a comprehensive approach to safety to withstand extreme natural events like earthquakes and tsunamis with provisions of large operational safety margins for safe, sound and reliable performance, he said.

It is designed to ensure there would be no adverse impact on plant personnel, general public or environment, he added.

Pointing out that India is pursuing a closed fuel cycle, he said, there is no need for Deep Geological Repository in the near future.