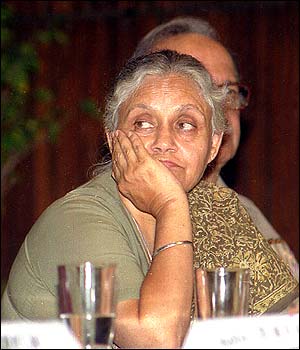 When the Congress-led United Progressive Alliance government came to power in 2004, then Home Minister Shivraj Patil lost no time in replacing four governors appointed by the National Democratic Alliance dispensation.

Those who were asked to go even before their term was over included  Babu Parmanand (Haryana), Vishnu Kant Shastri (Uttar Pradesh), Kidar Nath Sahani (Goa) and Kailashpati Mishra (Gujarat).

The official reason given for this action was these governors were not ideologically aligned with the new regime. On Tuesday, when the Bharatiya Janata Party-led NDA government wants to replace governors appointed by the previous dispensation, the Congress has raised objections to this move.

Among those sought to be changed include the governors of five states -- Punjab (Shivraj Patil), Madhya Pradesh (Ram Naresh Yadav), Kerala (Sheila Dikshit), Uttar Pradesh (B L Joshi) and West Bengal (M K Narayanan). Of the five being mentioned, Joshi is stated to have stepped down.

Taking the high moral ground now, the Congress is asking the NDA government to follow Constitutional procedures in this matter. Describing the move as0020"political vendetta", leader of opposition in the Rajya Sabha Ghulam Nabi Azad said in a statement that the "dictatorial" step will have "serious repercussions".

Ironically, an outraged Congress has buttressed its case by referring to a portion of  a May 2010 Supreme Court order which had actually pulled up the UPA government for changing governors arbitrarily. The UPA’s decision was challenged by B P Singhal, known for his proximity to the Bharatiya Janata Party.

The UPA government’s decision to remove NDA-appointed governors was defended vigorously by the then Attorney General G E Vahanvati who had pointed out, "If a party which comes to power with a particular social and economic agenda, finds that a governor is out of sync with its policies, then it should be able to remove such a governor."

The NDA government, on the other hand, can also use the same order to strengthen its case for replacing Congress-appointed governors.

While criticising the UPA government, the apex court had disposed off Singhal’s petition, had refused to intervene in the matter and stated that the court will step in if the aggrieved person is able to demonstrate that his removal was mala fide.

Since this is clearly not easy to prove, the NDA is feeling reassured that like in the case of the UPA government, its action will not be struck down by the courts.

The order had stated, “As there is no need to assign reasons, any removal as a consequence of withdrawal of the pleasure will be assumed to be valid and will be open to only a limited judicial review. If the aggrieved person is able to demonstrate prima facie that his removal was either arbitrary, malafide, capricious or whimsical, the court will call upon the Union government to disclose to the court, the material upon which the President had taken the decision to withdraw the pleasure. If the Union government does not disclose any reason, or if the reasons disclosed are found to be irrelevant, arbitrary, whimsical, or malafide, the court will interfere. However, the court will not interfere merely on the ground that a different view is possible or that the material or reasons are insufficient.”

While this issue sparked off a war of words between the Congress and the BJP, there was a section in the Congress which was unhappy at the stand taken by the party. Senior Congress leaders told rediff.com that their party was making an unnecessary fuss as the UPA government had also removed governors appointed by the NDA regime.

As for the 2010 Supreme Court order, a skeptical Congress leader maintained that each party was using it to suit its own convenience. Each cited the portion which was in sync with their respective point of view.

While the Narendra Modi-led government has been sending out feelers to the governors to step down, the apex court order has constrained the Centre from putting anything in writing as this could then invite judicial intervention.

While media reports quoting home ministry sources maintained that the Congress-appointed governors were on their way out, Karnataka Governor HR Bhardawaj and Assam's JB Patnaik denied sending in their resignations.

"No one asked me for it and I won't resign. Meeting the President was a courtesy call," Bharadwaj told media persons. Kerala Governor and former Delhi chief minister Sheila Dikshit merely remarked, “"I can't react to rumours."  Dikshit was appointed governor after the Congress was routed in the Delhi assembly election last December.

Bharadwaj, Patnaik and Rajasthan governor Margaret Alva, who are in Delhi, also called on President Pranab Mukherjee on Tuesday. The NDA government wants to change the governors appointed by the previous regime as it would like to accommodate its own party leaders in these positions. 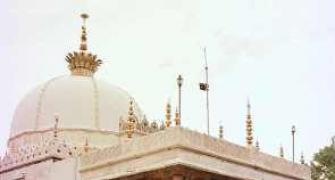 Khadim's thumb chopped off in clash at Ajmer Sharif 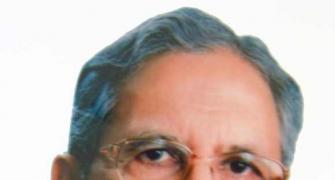 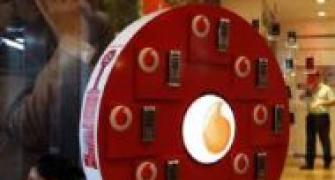 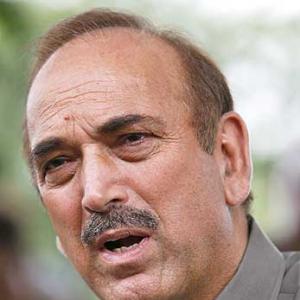