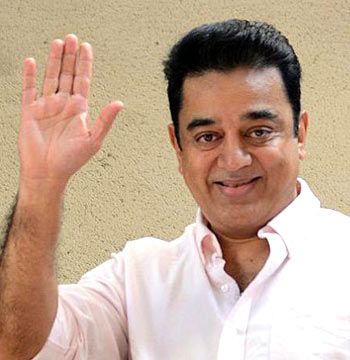 The Delhi high court declined on Wednesday to entertain the public interest litigation which referred to actor-cum-politician Kamal Haasan's remark about Mahatma Gandhi's assassin being a Hindu terrorist and sought directions for the Election Commission to 'restrict' misuse of religion for poll gains.

A bench of Justices G S Sistani and Jyoti Singh said the cause of action for the PIL by Bharatiya Janata Party leader Ashwini Upadhyay was the remarks by Haasan which was made outside the jurisdiction of the high court here and therefore, it cannot hear it.

"The cause of action has not arisen within the jurisdiction of this court... We find no grounds to entertain the petition," it said.

During the hearing, the bench said the incident happened in Tamil Nadu and therefore, the petitioner ought to have moved the high court there.

Upadhyay's lawyer contended that they had made a representation to the Election Commission on May 13 against the remarks, but it has done nothing yet.

EC's lawyer told the court that the representation was made only on May 13 and the Commission will need time to look into it.

The court subsequently asked the EC to expeditiously decide Upadhyay's representation against Haasan's remark and dismissed the petition which had also sought debarring of candidates and deregistration of parties that "misuse" religion for electoral gains.

Upadhyay, also a lawyer, had alleged that Haasan "deliberately" made the statement in the presence of a Muslim majority crowd for electoral gain.

The petition contended that this was clearly a corrupt practice under the Representation of the People Act (RPA) 1951.

He had made the comment while speaking at an election rally on Sunday for his party candidate in Aravakurichi Assembly constituency, where by-polls will be held on May 19, the petition had said.

"Haasan has violated the Model Code of Conduct in addition to section 123(3) of the RPA 1951. Kamal Haasan is deliberately promoting enmity between different groups on the grounds of religion and doing acts prejudicial to maintenance of harmony and brotherhood, which is an offence under section 153A of the Indian Penal Code.

"It is a deliberate and malicious act, intended to outrage religious feelings of millions of Hindus, which is an offence under section 295A IPC," the petition had also claimed.

It had also said that despite the alleged misuse of religion for electoral gain by Haasan, the EC has not done any thing in this regard yet.

In his plea, Upadhyay has also sought a direction to EC to refer to respective investigation agencies the complaints relating to misuse of religion, race, caste, community and language by contesting candidates and political office bearers for electoral gain.

Meanwhile, the Madras high court on Wednesday refused to entertain a petition by Haasan seeking quashing of the first information report registered against him over his remark.

Justice B Pugalendhi of the Madurai Bench said such pleas cannot be taken up as emergent petitions during the vacation.

However, the judge said if an anticipatory bail application was filed, then it could be taken up for hearing.

The FIR was registered by Aravakurichi police on Tuesday.

Haasan said on Wednesday that he had only spoken about what was a 'historic truth.'

The actor-politician asked his detractors to make 'valid allegations', asking if he could cater to only one section of people after entering active politics.

"They got angry for what I spoke at Aravakurichi. What I spoke (there) is historic truth. I did not lure anyone to a brawl," he said during a by-poll campaign at Tirupurankundram.

He said truth would triumph like the 'historic truth I mentioned'.

"Understand the meaning for the word extremist. I could have used the word terrorist or murderer (against Godse)... ours is active politics, there won't be any violence," he said while resorting to wordplay in Tamil to drive home his point.

The MNM leader alleged his speech was edited selectively and took a dig at his detractors, saying the charges levelled against him 'apply to my media friends also'.

He asked if his critics could show instances of his remarks that could incite violence and said the accusations against him had hurt him.

"They are saying I hurt Hindu sentiments. There are so many Hindus in my family. My daughter is a believer," he said.