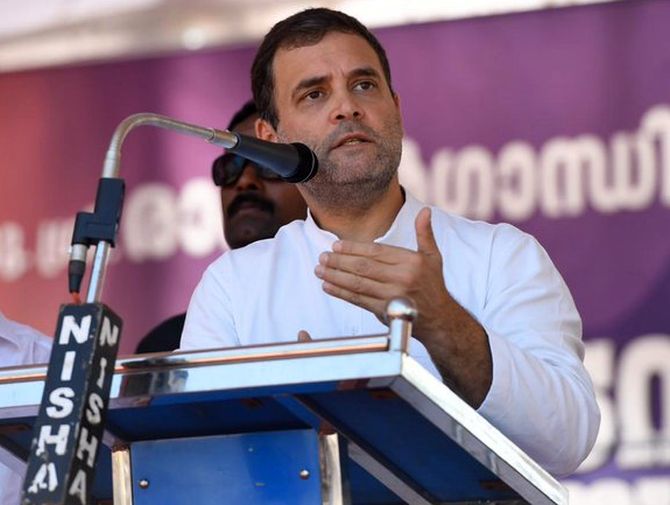 Gandhi, at an anti-Citizenship Amendment Act rally in Wayanad, launched a scathing attack on Modi and said he was making Indians to prove that they are Indians.

Addressing participants at "Save the Constitution" march at Kalpetta in Wayanad, his Lok Sabha constituency on Martyr's Day, Gandhi said there was no difference between Godse and Modi.

SEE: PM Modi only loves himself, only believes in himself: Rahul Gandhi

"Today, an ignorant man is trying to challenge Gandhi's ideology. He is creating an atmosphere of hatred. The ideology is same. Nathuram Godse and Narendra Modi, they believe in the same ideology. There is no difference except that Modi does not have the guts to say he believes in the ideology of Godse," the Wayanad MP said.

Attacking the prime minister on the new Citizenship law, Gandhi questioned Modi and asked who was he to ask Indians to prove that they were Indians.

The Congress leader led the march as part of efforts to intensify the party's protests against CAA in the state. 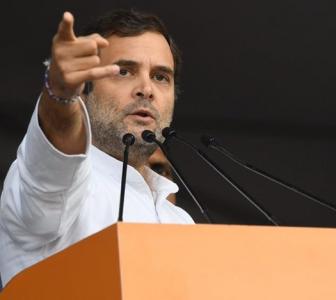 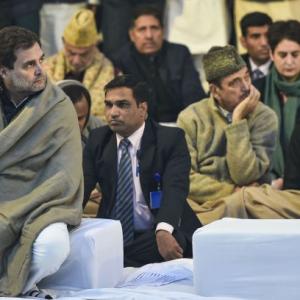 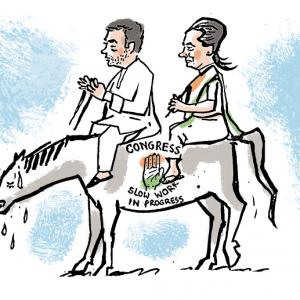