Hindu religious leader Kalicharan Maharaj on Sunday hailed Nathuram Godse for killing Mahatma Gandhi, and said people should elect a staunch Hindu leader as the head of the government in order to protect the religion. 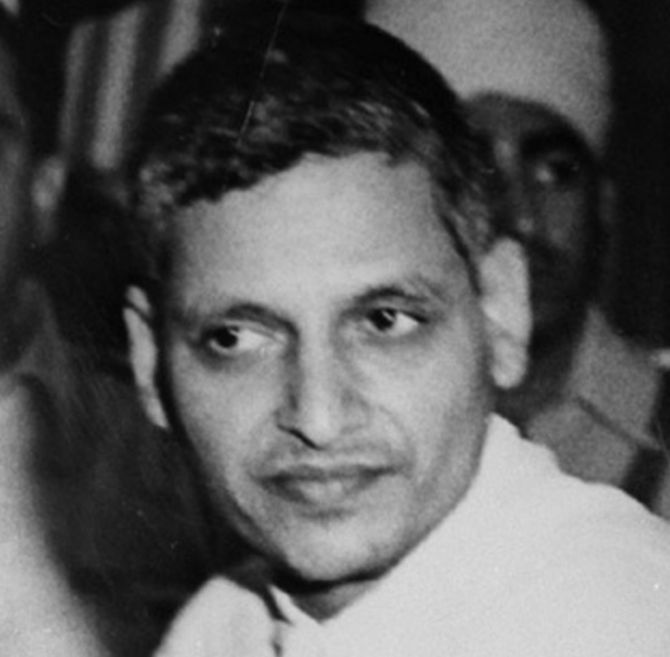 Kalicharan Maharaj also used an abusive word against Mahatma Gandhi while delivering a speech at Dharma Sansad organised by an organisation at Chhattisgarh's capital Raipur, drawing flak from the leaders of the ruling Congress.

Chhattisgarh Police later registered a first information report (FIR) against him on the charge of promoting enmity between classes, an official said on Monday.

Reacting sharply to Kalicharan's remarks, former Congress MLA and Chairman of Chhattisgarh Gau Seva Ayog Mahant Ramsundar Das said, such kind of abusive words should not be used against the father of the nation, who sacrificed everything for the country's freedom.

"The purpose with which this event was held has deviated from its path...Mahatma Gandhi, who sacrificed everything for the independence, is being described as a traitor. I wanted to ask the organiser why he didn't raise an objection when such words were being used for the father of the nation," he said speaking at the event.

"...I am sorry but I am disassociating myself from this event," Das said and left the podium.

Speaking at the concluding day of a two-day-long event held at Ravan Bhata ground in Raipur, Kalicharan said, "What is our prime duty -- to save religion. We should elect a staunch Hindu king (leader) in the government irrespective of any party (he/she) belongs to...The women of our houses are very good and civilised and they do not go to vote (in election). When there will be gang-rapes then what will happen to women of your houses (families)...(Mahamurkho) Idiots! I am calling to those who do not go out to vote."

"The target of Islam is to capture nation through politics. In front of our eyes they had captured in 1947 (referring to partition)...They had earlier captured Iran, Iraq and Afghanistan. They captured Bangladesh and Pakistan through politics...I salute Nathuram Godse that he killed Gandhi," he said.

"Police tell us not to take out bhagwa (saffron) procession from Muslim-dominated areas. It is not the fault of the police. Police are slave of administration which is slave of the government. The government is slave of leader. Therefore, police will not support till there will not be a staunch Hindu king (leader)."

Meanwhile, a police official said that a case has been registered against Kalicharan.

"Based on the complaint of Congress leader Pramod Dubey, a case was registered against Kalicharan on Sunday night at Tikrapara police station under Indian Penal Code sections 505 (2) (statements creating or promoting enmity, hatred or ill-will between classes) and 294 (obscene acts)," he said.

Further investigation into the case is underway, he added.

When asked about Kalicharan's remarks, Neelkanth Tripathi, the organiser of the event, said he completely disagrees with the former's statement.

Condemning Kalicharan's statement, head of the state Congress communication wing Sushil Anand Shukla said, "The use of such abusive words against Mahatma Gandhi is highly objectionable. Kalicharan should first prove that he is a saint."