News
Business
Movies
Sports
Cricket
Get Ahead
Money Tips
Shopping
Sign in  |  Create a Rediffmail account
Rediff.com  » News » It happens when you come to Goa only to enjoy: Parrikar mocks Diggy

It happens when you come to Goa only to enjoy: Parrikar mocks Diggy 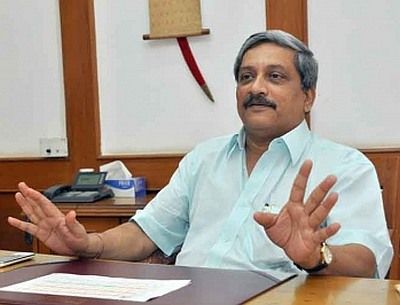 After winning the trust vote, Goa Chief Minister Manohar Parrikar on Thursday took a dig at the Congress’ state in-charge Digvijaya Singh, saying his party lost out because he came to the coastal state ‘only to enjoy and not work’.

Ahead of the trust vote, the All India Congress Committee general secretary had described Parrikar, who was sworn in on Tuesday, as a ‘48-hour chief minister’ and oozed optimism that the Congress, the single largest party, will pull the rug from under the Bharatiya Janata Party’s feet during the floor test.

Parrikar took on Singh even as the BJP and the Congress again clashed over government formation in Goa and Manipur with the former being accused of using money power to lure regional parties and independents, a charge denied by the saffron party.

Parrikar said the Congress leader had sought to create a hype over the situation in state as he was worried about losing his party post if he failed in the number game.

“Right from the beginning Congress did not have the numbers and it was only a hype created by them possibly because there was a demand coming that Digvijaya should step down as general secretary of the party, being the desk in-charge of Goa,” Parrikar said.

“It happens when you come to Goa only to enjoy, not to work,” he quipped.

“We have proved to the people of India that we have support of 23 on the floor of the House debunking Digvijaya’s claim that we don’t have the numbers,” he told reporters in Panaji.

Singh and other Congress leaders had accused the BJP of indulging in unfair means to cobble up the numbers to retain power in the state after it failed to get a simple majority.

He also alleged that Governor Mridula Sinha did not invite the Congress to form the ministry despite it emerging as the single largest party.

Congress vice president Rahul Gandhi again charged the BJP with ‘stealing’ the mandate of people in Goa and Manipur and forming governments in these states by using money power.

“The BJP used money power in Manipur and Goa. They stole the mandate of the people...,” Gandhi said while replying to a question by reporters on BJP forming government in Manipur as well as in Goa.

The Congress leader was speaking on the sidelines of the swearing-in of Capt Amarinder Singh as Punjab Chief Minister at a function in Raj Bhavan in Chandigarh.

Union Minister Venkaiah Naidu trashed the Congress’ allegations that the BJP used money power to form governments in Goa and Manipur, terming them as ‘absurd’.

Naidu hit back at the Congress for questioning the BJP over forming the governments despite not emerging as the single largest party there.

He stressed that the saffron party came to power ‘as per precedents’ set in the past.

“Now after this massive victory (of the BJP) in Uttar Pradesh, Uttarakhand and even in Manipur, the Congress is yet to learn lessons and is making absurd allegations.

“It could not find support to stake claim in Goa, Manipur,” Naidu told reporters in Delhi.

The information and broadcasting minister stated the BJP formed governments in the two states after the Congress failed to stake such claim.

“And when the BJP has mobilised the support, other parties have started questioning... this is not acceptable in a democracy, it will be a mockery of democracy,” he retorted.

Union minister Nitin Gadkari said the Congress should not ‘preach’ BJP on the government formation exercise.

“There have been 50 incidents like this (government formation). Madhu Koda was one such case in Jharkhand. Those who have carried out such experiments should not sermonise us, it is wrong,” Gadkari told reporters in Mumbai responding to the Congress’ claims of wrongdoing on BJP’s part to come to power in the coastal state.

Rubbishing allegations of horse-trading, Gadkari conceded that ministerial berths were offered to the MLAs during negotiations to garner support.

“No one is a sadhu-sanyasi in politics,” he said.

“This (Parrikar being invited to form government, despite BJP having lesser seats than Congress) is not against democracy. There have been many precedents of smaller parties coming together to form government and not the largest party,” the shipping minister said. 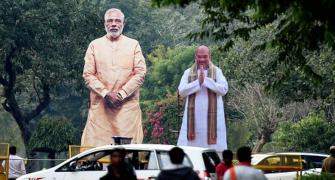 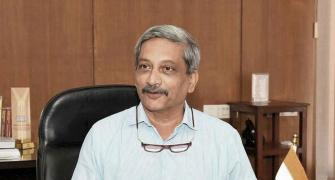 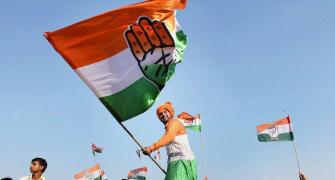 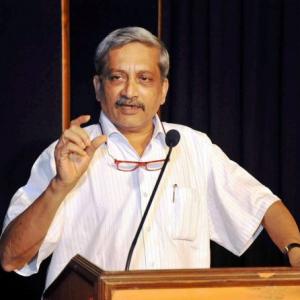 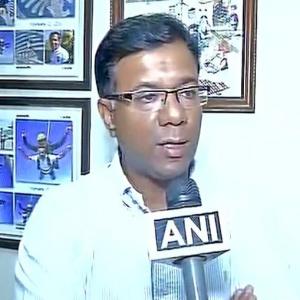