Seven years after a woman colleague accused him of sexual assault in the elevator of a luxury hotel in Goa, journalist Tarun Tejpal was acquitted of all charges by a sessions court in the state on Friday. 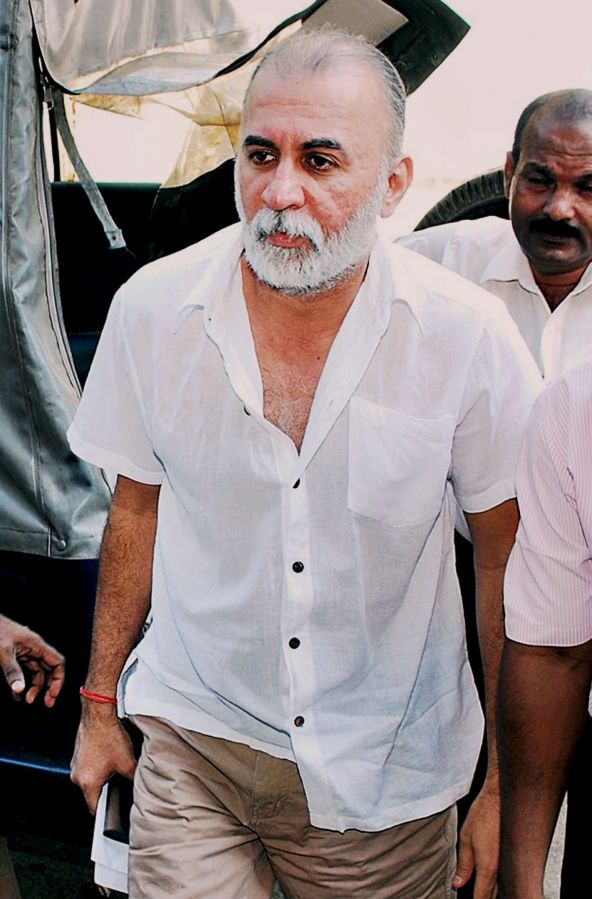 Goa Chief Minister Pramod Sawant, however, said his government would file an appeal against the acquittal in the High Court as it was confident that there was evidence against the journalist.

While Tejpal, former editor-in-chief of the Tehelka magazine, said in a statement that he and his family had faced a "catastrophic fall-out" of "false allegations" for the past seven years and also faced the "boot of the state", the complainant woman's reaction was not available immediately.

The alleged incident had taken place on November 7, 2013. Tejpal stepped down as editor-in-chief of Tehelka in the wake of sexual assault allegations.

After seven years, Additional sessions judge Kshama Joshi acquitted Tejpal, who was present in the court along with his family members when the judgment was pronounced around 10.45 am on Friday. The court had earlier adjourned pronouncement of the verdict on three occasions citing various reasons.

"He has been acquitted of all charges. Detailed order will be available later," advocate Suhas Velip, junior to advocate Rajiv Gomes who defended Tejpal in the court, told reporters. Gomes died of COVID-19 last week.

A statement issued by Tejpal was read out to media persons by his daughter outside the court building in Mapusa town near Panaji.

"The past seven-and-a-half years have been traumatic for my family as we have dealt with the catastrophic fallout of these false allegations on every aspect of our personal, professional and public lives," he said.

"We have felt the boot of the state, but all through it we have co-operated fully with the Goa police and the legal system, through hundreds of court proceedings," he said.

"It is with profound respect that I thank this court for its rigorous, impartial and fair trial and for its thorough examination of the CCTV footage and other empirical material on record," Tejpal added.

He also remembered his late advocate Gomes as a "dynamic and brilliant" lawyer.

Public prosecutor Francis Tavora said the session's court order would be challenged in the high court.

Talking to reporters, Chief Minister Sawant said, "We will not tolerate any injustice to be meted out to women in Goa. We will challenge the district court's order before the high court soon."

He had discussed the issue with the public prosecutor and the investigating officer, Sawant said, claiming that there was enough evidence against Tejpal.

On July 1, 2014, the Supreme Court granted bail to Tejpal, observing that he had spent six months in jail since his arrest on November 30, 2013, and there was no need for his continued incarceration after the filing of the charge sheet on February 17, 2014.

Timeline of the Tarun Tejpal case

November 7, 2013: Tarun Tejpal, then the editor-in-chief of Tehelka, allegedly sexually assaults a female colleague inside the elevator of a five-star hotel in Goa.

November 20, 2013: Tejpal steps down as the editor-in-chief of Tehelka in the wake of sexual assault allegations.

November 21, 2013: Goa police launch an investigation into the alleged sexual assault by Tejpal.

November 23, 2013: Goa police lodge an FIR against Tejpal in a case of rape and outrage of modesty after the colleague accuses him of sexually assaulting her while the were in Goa to attend a conference organised by the publication.

November 30, 2013: A sessions court denies anticipatory bail to Tejpal, stating that his case lacked merit. He is subsequently arrested and lodged at the Sada sub-jail in Goa.

July 1, 2014: Supreme Court grants bail to Tejpal. The apex court observes he spent six months in jail since his arrest on November 30, 2013, and there was no need for his continued incarceration after the filing of the chargesheet
on February 17.

September 28, 2017: Tejpal formally charged with rape and wrongful confinement by the trial court in Goa.