A court in New Delhi has directed Delhi Police to hand over to the family of Tablighi Jamaat chief Maulana Saad the keys of the residential portion of the Nizamuddin Markaz, which was locked after a case was registered against several people attending a religious congregation in violation of COVID-19 guidelines. IMAGE: The residential portion of the Nizamuddin Markaz was locked after a case was registered against several people attending a religious congregation in violation of COVID-19 guidelines. Photograph: Ravi Choudhary/PTI Photo

A first information report was registered against Saad and six others on March 31, after thousands of people, including foreign nationals, participated in the Tablighi Jamaat congregation at Nizamuddin Markaz and later many of them tested positive for COVID-19.

Chief Metropolitan Magistrate Gurmohina Kaur gave five days to the investigating agencies to inspect the premises before it is handed over to Saad's family.

The court was hearing an application filed by Saad's mother Khalida seeking unlocking of the premises where they resided.

It further directed Khalida and her family members to give an undertaking on an affidavit that they would not obstruct the investigation in any manner and the residential portion of the property shall only be used for residing purpose and they would not enter into any part other of the Markaz and its premises for any other purpose.

It said, in its order passed on September 11, that every person, who is a citizen of India, is entitled to the right to life and liberty under the Constitution and the right to access to residential property would fall within one of the sacrosanct rights.

"It is no where disputed by Special Public Prosecutor, for the state, or from concerned police officials that applicant and her family are not residents of the residential portion sought to be unlocked by the applicant (Khalida).

"Further, no provision of law has been cited or shown to this court and that no order has been produced to show under which provision, the residential premises were locked since April 1, 2020.

"Even the SDM (Sub-Divisional Magistrate) has today mentioned in his reply that their office never issued any direction for sealing of the said premise," the court said.

It further said that the documents filed on record show that the premises were locked after sanitisation, as per the the directions of the SDM and keys were handed over to the police officials for facilitation as the area was required to be inspected by various agencies.

"Even though, it is not mentioned in any of the reply filed, that the residential portion is a scene of crime or whether it has been inspected by concerned agencies for the preservation and evidence purposes, this court, will deem it appropriate to give one more opportunity to the

"Investigating Agencies to inspect the premises sought to be unlocked within five working days from the date of receipt of this order.

"Thereafter, keys should be handed over to the applicant (Khalida) against acknowledgment," it said.

It said repeatedly, status reports were called on various dates from the Investigating Officer (IO) in the case and also from SDM, Defence Colony to provide a copy of the order by which the premises were locked or to cite the concerned provision of law regarding the same.

"Despite repeated opportunities and adjournments, the concerned police officials have failed to produce any order or provision of law by which the residential premises were locked.

"Even for today, this court had directed on the last date of hearing the production of order pursuant to which the residential portion of the premises was sealed/locked but a report was filed by the IO today. No such order was produced or placed on record.

"Further, today, SDM, Defence Colony has filed his reply, wherein it has been stated that they have never issued any direction for sealing of the said premises and they had requested DCP Crime to take appropriate legal action in this case," the court said.

The application filed by Khalida stated that after registration of FIR on March 31, the entire Markaz premises was vacated and locked for the purpose of santisation and disinfection by the authorities and keys of the premises were handed over to the police.

It claimed that the residential part of the premises was a four storey building and divided by wall into two sections, wherein, in one section Khalida and her family resided and the entrance for both the sections of the building were separate and not interconnected.

There was a gate exclusively for the entry in the residential building, it said.

During the hearing, the public prosecutor argued that the property in question had not been sealed under any provision of law, but the premises sought to be unlocked were locked for the preservation of the crime scene and also for the purpose of investigation.

He further stated that the keys were with the Delhi Police and the investigation was still pending in the present case for accused Maulana Mohd Saad and others for which chargesheet would be filed on completion of investigation.

The counsel for Khalida argued that they were only seeking unlocking of the residential portion and the premises were handed over to DCP Crime Branch after evacuation on April 1, and SDM had not locked/sealed the premises.

An FIR was registered against Tablighi Jamaat leader Maulana Saad Kandhalvi and six others on March 31 on a complaint of the Station House Officer of Nizamuddin under sections of the Epidemic Diseases Act, Disaster Management Act (2005), Foreigners Act and other relevant sections of Indian Penal Code. 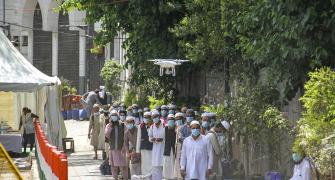 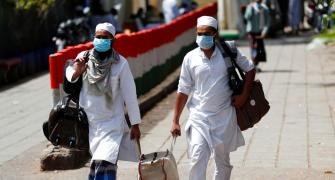 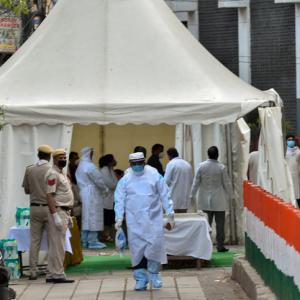