Get no-trust motion notices issued by other parties too: Naidu to TDP MPs 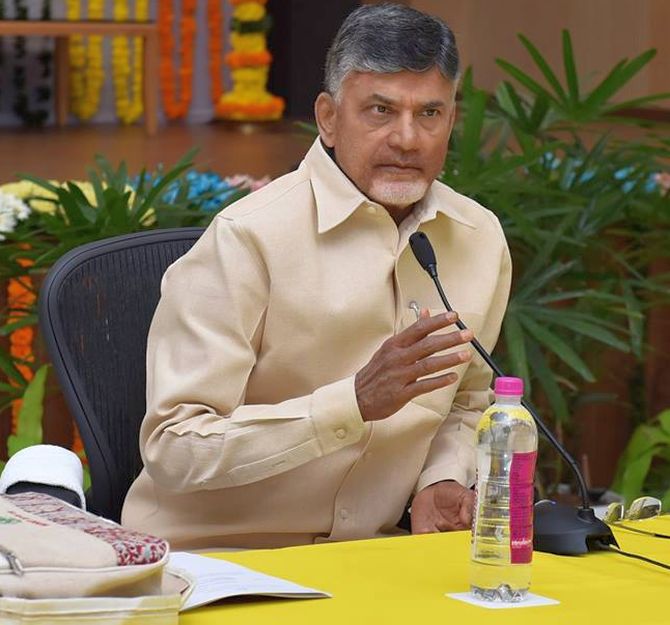 Andhra Pradesh Chief Minister N Chandrababu Naidu on Monday asked Telugu Desam Party MPs and senior leaders to impress upon other opposition parties the need to bring in the no-confidence motion against the Modi government.

The TDP chief reviewed the happenings in Parliament during a teleconference with his party MPs and senior leaders and apprehended that the Centre might get the session adjourned sine die by creating a din through other parties.

He sought to know why the party MPs and leaders were not taking up discussion on the no trust motion.

"Be alert and react according to their moves. Ensure that MPs of other parties also attend the House. Get no-trust motion notices issued by other parties as well," he told his MPs.

The Lok Sabha proceedings were washed out for 11th consecutive day on Monday, and the second day when Speaker Sumitra Mahajan could not take up the notices for the no-confidence motion.

While the Rajya Sabha was adjourned for the day within about 10 minutes after sitting, the Lok Sabha was first adjourned till noon and then for the day after the listed papers could not be laid.

The lower house was adjourned for the day amid noisy protests by members from various parties, with Mahajan saying "since the House is not in order, I will not be able to bring it... I am sorry" and then adjourning the proceedings.

The TDP had issued a notice on Friday last to move a no-confidence motion against the Modi government, protesting non-implementation of the Andhra Pradesh Reorganisation Act, 2014.

Since the motion could not be taken up that day because of the din in the House, another notice was issued on Monday.

But it too met with the same fate.

The TDP MPs informed Chandrababu Naidu that only Telangana Rashtra Samithi and All India Anna Dravida Munnetra Kazhagam members were in the well of Lok Sabha on Monday while all others remained seated.

Chandrababu remarked that the whole nation was watching how each party was behaving.

"Consult all parties and request them to support us to get the injustice done to the state corrected," he added. 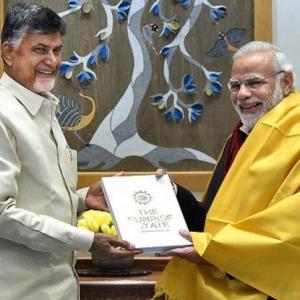