Daughters of chief of defence staff General Bipin Rawat immersed the ashes of their parents in the Ganga in Haridwar on Saturday afternoon. 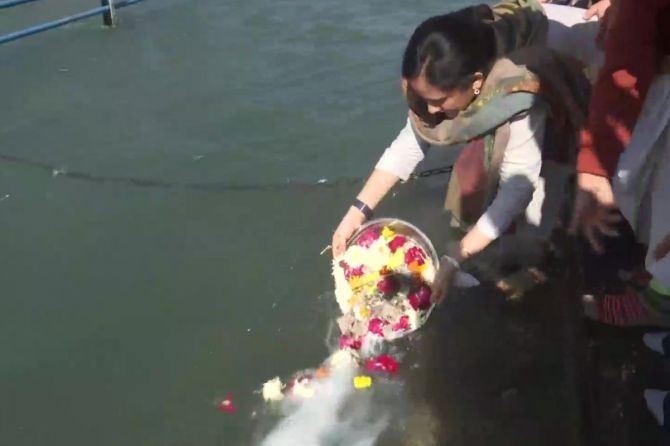 On Saturday morning, the daughters of CDS General Rawat, Kritika and Tarini, collected the ashes of their parents from Brar Square crematorium in Delhi Cantonment and reached Haridwar to immerse them in the Ganges.

The two performed the last rites of their parents on Friday.

General Rawat and his wife Madhulika Rawat were among the 13 persons killed in a helicopter crash near Tamil Nadu's Coonoor on December 8.

General Bipin Rawat was cremated side by side on the same pyre with his wife Madhulika Rawat with full military honours at Brar Square crematorium in Delhi Cantonment on Friday.