From performing yoga to getting cooking tips, Rajasthan Congress MLAs of Ashok Gehlot camp are engaging themselves in various activities in a five-star hotel on the Delhi Highway where they have been staying since Monday amid the political crisis in the state. 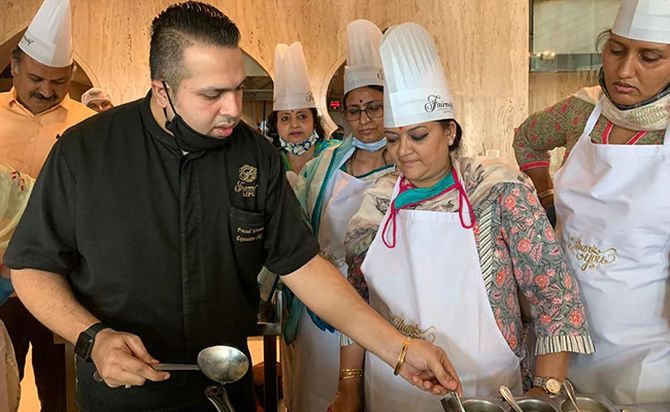 In many photos and videos doing the rounds on social media, some of the legislators are seen doing yoga in the hotel lawn, crowding around a chef cooking food, watching movies, playing carrom and celebrating the birthday of an MLA.

In a video, mostly women legislators including minister sand Olympian Krishna Poonia are seen among others crowding around a chef.

Taking a dig at the Congress, the Bharatiya Janata Party accusing the Rajasthan ruling party legislators of violating social distancing norms and other COVID-19 protocols which the government directs people to follow strictly but are violated when it comes to its MLAs.

"The MLAs are seen without wearing face masks and not following social distancing norms. The government is not allowing gathering of more than 50 people in view of the coronavirus pandemic but no such rule is followed here," BJP state president Satish Poonia said.

"There is no governance in the state now. People are looking at the ministers (for relief), but they are busy in the luxury hotel," he said.

The MLAs were shifted to the five-star hotel on the Delhi Highway in Jaipur following a meeting of the Congress Legislature Party at the chief minister's residence on Monday.

Sachin Pilot and 18 MLAs supporting have rebelled against the Ashok Gehlot government. 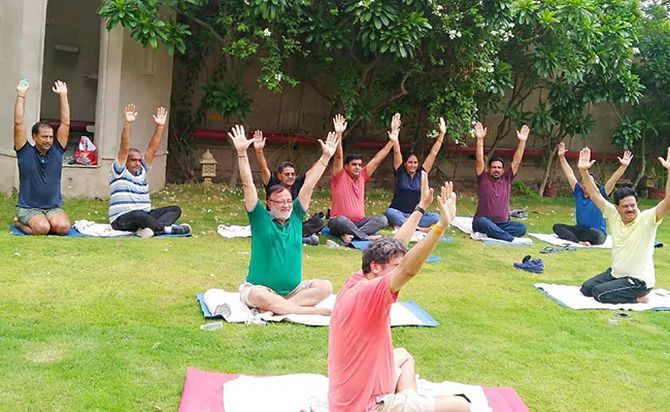 The Congress has sacked Pilot, Vishvenda Singh and Ramesh Meena from the Gehlot cabinet and suspended the party membership of two MLAs -- Vishvendra Singh and Bhanwarlal Sharma -- for their alleged involvement in the "conspiracy to topple the government".

After notices of disqualification were issued to them by the Assembly speaker on the basis of a complaint by government chief whip Mahesh Joshi, 19 MLAs, including Pilot, moved a writ petition in the high court challenging the notices.

Pilot and the Congress dissidents have got a four-day reprieve from any action by Rajasthan Speaker on the disqualification notices served on them, as the high court on Friday extended the hearing into their petition to the next week.