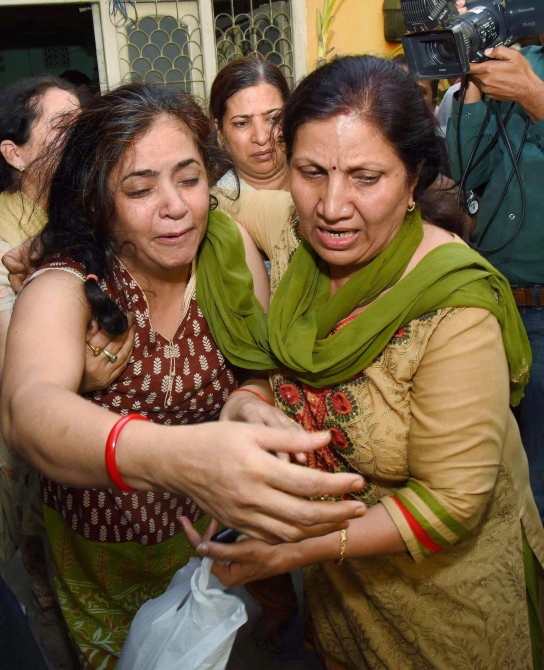 Devi's husband Bindeshwari Prasad Yadav alias Bindi Yadav and her security guard Rajesh Kumar were on Sunday arrested in connection with the incident.

Deputy Inspector General, Magadh Range, Saurabh Kumar said the incident took place on Saturday night as JD-U MLC's son Rocky Kumar Yadav and his men were travelling in a MUV which intercepted a SUV in which Aditya Kumar Sachdeva, 20, was travelling along with four friends from Bodh Gaya to Gaya town.

According to complaint lodged with the police, Rocky then shot at Sachdeva apparently to teach him a lesson for overtaking his vehicle.

The DIG said Sachdeva was brought to Anugrah Narayan Medical College and Hospital where the attending doctors declared him as brought dead.

The police officer said following the incident, the JD-U MLC's husband and security guard were arrested on Sunday and 70 rounds of ammunition and a carbine found in her residence in connection with the murder case of Sachdeva.

A manhunt has been launched for the arrest of Rocky too, the DIG said.

The youth's murder took political overtones on Saturday morning with the Leader of Opposition Prem Kumar meeting the family members of the victim to express sorrow and later addressed a large number of people who had blocked road near Mahabir bridge to protest against the murder.

The protesters, led by the Gaya district unit Bharatiya Janata Party President Anil Swami, raised slogans against the district police demanding arrest of the prime accused in the murder case.

The JD-U MLC, however, denied her son's role in the murder of Sachdeva and said Rocky Kumar Yadav was innocent. Her husband Bindeshwari Prasad Yadav had in past been arrested and 6,000 rounds of ammunition of a weapon banned for used by public in 2011 recovered from him.

He had also been jailed in a sedition case.

IMAGE: Crying mother of Aditya Sachdeva at her residence in Gaya. Photograph: PTI 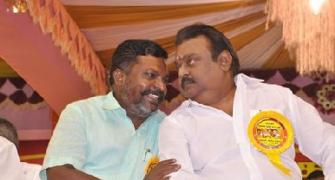 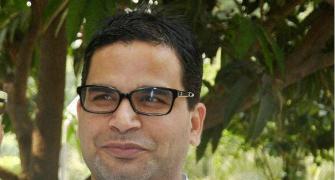 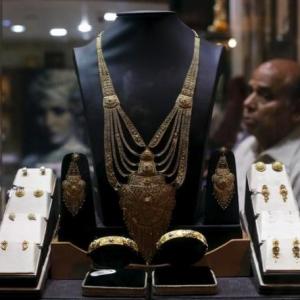