A pair of gold-plated spectacles believed to have been worn by Mahatma Gandhi and presented as a gift in the 1900s to a family from England have broken all records for a United Kingdom auction house after a United States-based collector acquired them with a whopping bid of £260,000 (Rs 2.55 crore). 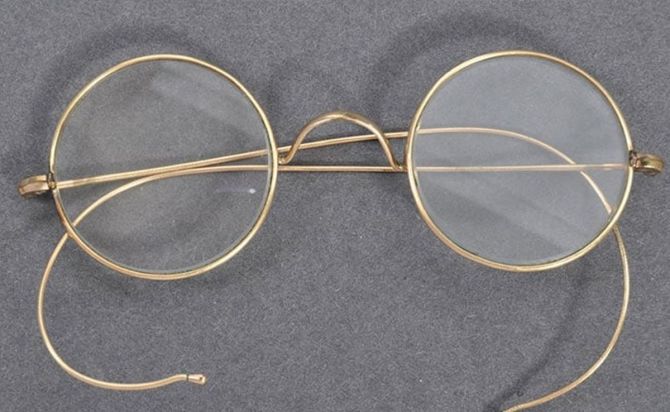 The glasses, which were dropped through the letterbox of East Bristol Auctions in Hanham, south-west England, four weeks ago were estimated to fetch between £10,000 (Rs 9.8 lakh) and £15,000 (Rs 1.02 crore) but the online bids for the lot kept multiplying to finally go under the hammer of the six-figure sum.

The auction house said that the lot had attracted interest from all over the world, including bids from India, Qatar, American, Russia, Canada.

"An incredible result for an incredible item! Thanks to all those who bid," said auctioneer Andy Stowe of East Bristol Auctions, as he closed the bid for the online auction on Friday.

Stowe said it was a new record for East Bristol Auctions and described it as "the star lot of the century".

"These glasses have been lying in a drawer for the best part of 50 years. The vendor literally told me to throw them away if they were 'no good'. Now he gets a life-changing sum of money," he said.

"It's the 'good news' story that we all want -- as an elderly gentleman, our vendor has probably had a rough time in recent months and to be able to change his life is just incredible. The price is outstanding, but it's not about the money," he added.

"It's completely spellbinding, and a wonderful thing to be a part of," said Stowe.

The new owner of the spectacles is an unnamed collector based in the US and an elderly gentleman from Mangotsfield, South Gloucestershire in south-west England, who previously owned them said he will be splitting the £260,000 with his daughter.

The glasses are said to have been in the family of the unnamed man, who was told by his father that they were a gift to his uncle when he was working for British Petroleum in South Africa between 1910 and 1930.

"The story that appears with the lot is exactly what the vendor told us, and exactly what was told to him by his father some 50 years ago," says Stowe in reference to the provenance of the glasses, which are likely to be one of Gandhi's earliest pairs during his time in South Africa.

"It's been a complete honour to handle these spectacles and find them a new home. These glasses represent not only an auction record for us, but a find of international historical importance. Gandhi's glasses have surpassed all expectations, and previous house records. It's been a great day," added Stowe.

The glasses had been left in a plain white envelope in a letterbox at East Bristol Auctions on a Friday night and were not collected until the following Monday morning.

"They could quite easily have been stolen or fallen out or just ended up in the bin," Stowe said.

He said the owner had no idea of their value and "nearly had a heart attack" when he was told they might be worth £15,000.

"The spectacles of usual form, with sprung gold plated arms and prescription lenses. Jointed by a gold plated nose bar. The spectacles formed an important and somewhat iconic part of Gandhi's overall appearance," it said.

"It was known that he would often give away his old or unwanted pairs to those in need or those who had helped him. A rare and important pair of spectacles," it said.

"The uncle worked for British Petroleum at the time and was stationed in South Africa, and it can be presumed that these were gifted by way of thanks from Gandhi for some good deed. A note from the vendor is included," it added.

Gandhi became synonymous with the iconic round-rimmed Windsor-style glasses, common during the period when he was studying law in England in the late 1800s and 1900s.

While initially used infrequently, the glasses became a regular feature during the national movement and Gandhi's civil disobedience protests in India.

He is known to have handed over his personal items as gifts to admirers and a number of similar items have emerged on the auction circuit over the years. 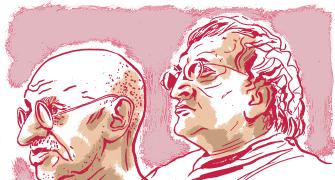 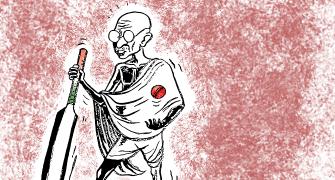 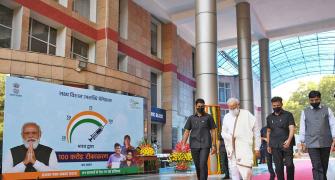 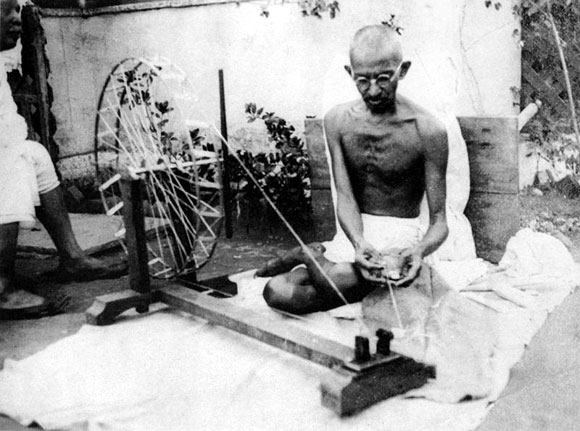