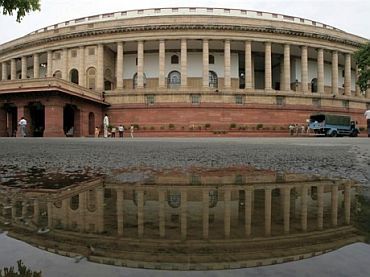 In a sarcastic move, some Bharatiya Janata Party MPs on Tuesday offered roses to their Congress rivals in the Lok Sabha who were protesting inside the well over alleged atrocities against Dalit youths in Punjab.

When Speaker Sumitra Mahajan rejected notices for adjournment of the Question Hour including one on the Punjab Dalit issue, Congress members trooped into the well raising slogans against the prime minister and the Shiromani Akali Dal-BJP government in Punjab over the alleged chopping off of limbs of two dalit youth at a farmhouse in Abohar.

Soon some senior BJP members pulled their party colleagues out of the well.

A few roses were seen lying on the table of the Lok Sabha secretariat officials inside the well.

As soon as the House met for the day, Speaker Sumitra Mahajan said she had disallowed notices of adjournment motions on different issues and the issues can be raised later.

Congress leader in Lok Sabha Mallikarjun Khare said the Dalit issue is important and his party should be allowed to raise it.

When questions were asked on farmers' plight and insect attack on cotton crop, the Speaker "there is a question on farmers, but they (Congress members) have nothing to do with the farmers." Her reference was to the Congress members who were carrying out vociferous protest inside the well.

As she continued with the Question Hour, Congress members started clapping and raising slogans to drown the voices of members asking questions and ministers replying to them.

"In reality, you don't want to raise Dalit issue. You just want to shout. This is not fair," Mahajan said angrily.

Amid disruptions, the Question Hour continued even as the Speaker again expressed her anguish over the din.

"I told you to raise issue during Zero Hour but you do not listen and taking away rights of so many members...what dictatorship (you are referring to)...it is not good," she said. 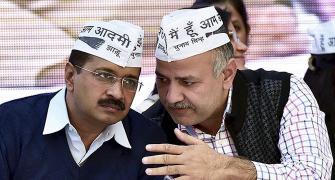 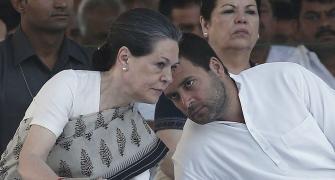 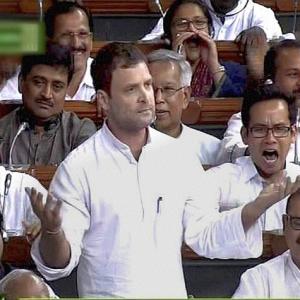 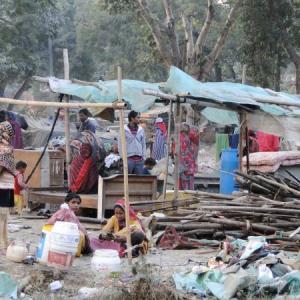