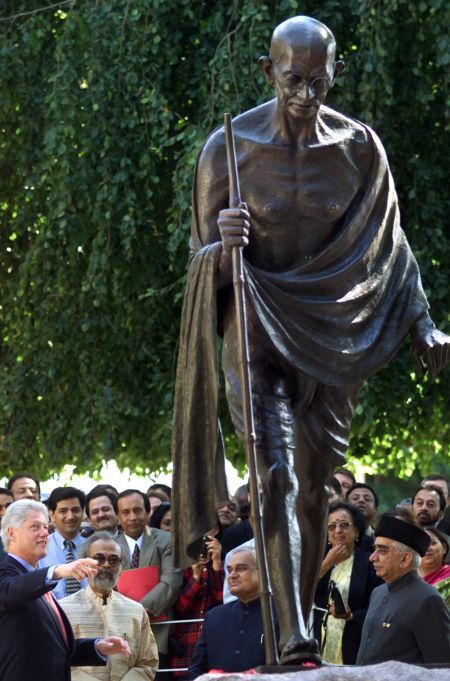 Prime Minister Narendra Modi will pay floral tributes to the Gandhi statue and visit the historic Lincoln Memorial and the recently established memorial for Martin Luther King Jr in the American capital.

On his maiden visit to the United States as the prime minister, Modi will also visit the 9/11 memorial in New York in an important symbolic gesture to tell the American that India is with them in the war against terrorism.

Sources familiar with the planning of the prime minister’s trip to the US said that a visit to the 9/11 memorial in New York, paying floral tribute to the Gandhi Statue in front of Indian embassy in Washington, going to the Lincoln Memorial and Martin Luther King Jr memorial in the American capital is a near certainty.

The Gandhi statue in front of the Indian embassy near DuPont Circle was dedicated on September 16, 2000 during a state visit of then Prime Minister Atal Bihari Vajpayee in the presence of the then US President Bill Clinton.

The iconic bronze statue was designed by eminent Indian Gautam Pal and was gifted to the US government by India.

Dedicated to the nation way back in 1922 in honour of the 16th American President Abraham Lincoln, the Lincoln Memorial is a national monument.

US President Barack Obama is a frequent visitor to this memorial, which is located at the West End of the National Mall.

Modi is scheduled to arrive in Washington on September 29 and leave the city for India a day later on September 30. During his stay in Washington, which would last a little over 24 hours, officials are giving final shape to his hectic to squeeze in time for his visit to these two memorials and the Gandhi statue.

Image: The Gandhi statue being inaugurated by then PM Atal Bihari Vajpayee in the presence of then US President Bill Clinton. Photograph: Reuters

Lalit K jha
© Copyright 2022 PTI. All rights reserved. Republication or redistribution of PTI content, including by framing or similar means, is expressly prohibited without the prior written consent.