By Prasun Sonwalkar
June 12, 2012 15:49 IST
Two Indian human rights activists -- Binayak Sen and Bulu Imam -- will be honoured with the International Peace Award given by the Gandhi Foundation at the House of Lords.

The award was created in 1998 by Surur Hoda and Diana Schumacher with the support of the foundation's president, Lord Attenborough.

The intention is to honour individuals and groups who have advocated and practised Gandhian non-violence but who have received little recognition for doing so.

The event in the Committee Room will be chaired by Lord Bhikhu Parekh, emeritus professor of political philosophy at the Universities of Westminster and Hull.

Sen has reportedly been handed his passport by a Chhattisgarh court to enable him to travel to London to receive the award. He is accompanied by his wife, Ilina Sen.

The Gandhi Foundation describes Sen as 'a Bengali paediatrician, public health specialist and activist. He is the national Vice-President of the People's Union for Civil Liberties'.

It adds: 'He originally started working as a paediatrician extending healthcare to poor people in the rural-tribal areas of the Chhattisgarh state, doubling up as a human rights activist.

'While working with the state on health sector reform, he strongly criticised the government on human rights violations during the anti-Naxalite operations and advocating non-violent political engagement instead'.

Jharkhand-based human rights activist Bulu Imam is the convenor of the Hazaribagh chapter of INTACH since 1987, and has been involved in various campaigns.

The foundation says: 'Bulu Imam comes from one of India's most distinguished families which has produced a steady stream of intellectuals over the past two centuries.

'His great grandfather Nawab Syed Imdad Imam was given the title Shams-ul-Ulema or Poet Laureate by the British in the late 19th century and his grandfather Syed Hasan Imam was president of the Indian National Congress in 1918'. 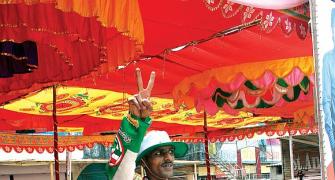 Musings of a first-time Indian voter in America
Maoist abductions: How long will we make deals? 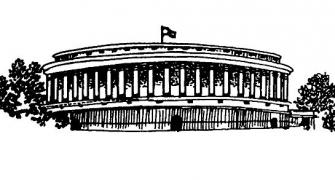