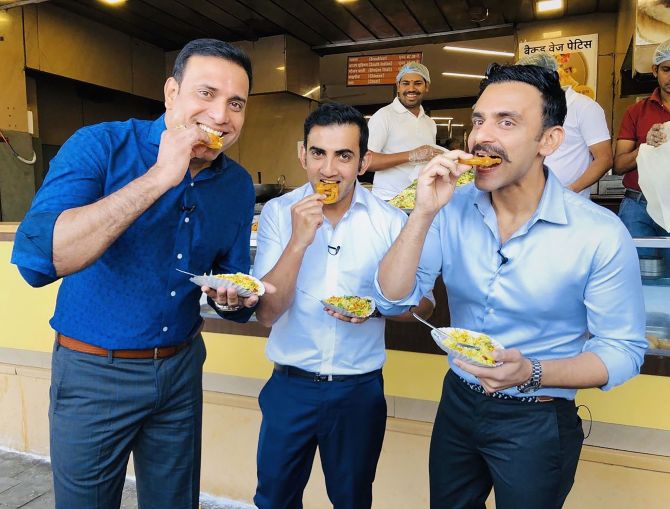 Only four MPs of a 28-member parliamentary panel attended a key meeting to discuss the air pollution crisis in Delhi-NCR on Friday, with the absentees including East Delhi parliamentarian Gautam Gambhir.

Top officials of the environment ministry, Delhi Development Authority and municipal commissioners also stayed away from the deliberations.

The Parliamentary Standing Committee on Urban Development had called the meeting with top officials of various government departments to discuss the air pollution in Delhi and the measures required to reduce it.

As many as 24 MPs from various parties did not attend the meeting, but the absence of Gambhir, the lone Bharatiya Janata Party leader from Delhi in the committee, snowballed into a political row as the AAP hit out at the saffron party over the issue and questioned its seriousness in tackling the crisis.

Cricketer-turned-politician Gambhir has been vocal about the alarming levels of air pollution in Delhi and has called for measures to curb the menace.

He was seen commentating on television on Friday in Indore, where a test match between India and Bangladesh is going on.

As many as 24 parliamentarians from various parties, including the ruling BJP and the Congress, did not attend the meeting.

Hitting out at Gambhir, the Aam Aadmi Party, in a tweet, said while MPs like him were busy enjoying, AAP's Rajya Sabha MP Sanjay Slngh attended the meeting.

"Gautam Gambhir, is this the level of your seriousness regarding air pollution," the Arvind Kejriwal-led party questioned.

In a statement, Gambhir said his work spoke for him, adding that if by abusing him, Delhi's pollution levels came down, then the AAP was free to do so.

Besides Singh, the three other MPs who attended the meeting were BJP's Jagdambika Pal who heads the panel, CR Patil of the saffron party and Hasnain Masoodi of the National Conference.

According to sources, the members of the panel who attended the meeting were extremely upset with the absence of the environment secretary, the DDA chairman and officials of the three municipal corporations of the national capital and planning to raise the issue with the Lok Sabha Speaker.

The members told junior officials to convey to their seniors that they should have attended the meeting, the sources said.

Asked about the absence of his ministry officials from the meeting, Environment Minister Prakash Javadekar said he would find out the details and investigate.

"We are always very serious about pollution. I have emphasised that pollution is not only Delhi's problem. I have ordered a joint action plan. Teams are working with coordination," he said.

An official spokesperson said the environment ministry was represented at the meeting by the deputy secretary and Central Pollution Control Board (CPCB) officials, adding that the joint secretary could not attend it as she was to appear in an important matter in Supreme Court.

The spokesperson also said detailed notes were submitted to the urban development ministry.

One of the questions the panel members were planning to raise was: As there are about 50 lakh cars on the roads of Delhi, is the government coming up with any sort of car pool policy or regulation?

Another question was that according to the Union government, Rs 1,150 crore were given by the Centre to the states in the last one year to combat air pollution, along with 14,000 machines and does the government have a quantitative and qualitative utilisation report of the money disbursed?

The third question to be raised pertained to the Supreme Court's recent observation that everybody, ranging from the secretary to the gram pradhan, will be held responsible for the losses due to air pollution and does the government, in this regard, intend to define and fix responsibility through an internal mechanism?

The national capital is battling alarming levels of air pollution for the past few weeks. The air quality deteriorated further in the last four days, forcing the authorities to shut schools for two days.

Judge me on my work, not propaganda or false narrative: Gambhir

Under attack for not attending the meeting, Gambhir said he should be judged by his work and not by 'propaganda or false narrative'.

The East Delhi MP said he has been taking steps to fight pollution, which include a plan to install giant air purifiers in his constituency.

Gambhir, who appears on sports channels for commentary, also came under severe attack after his picture relishing poha and jalebi in Indore has gone viral on social media.

'All these bureaucrats should suspended with immediate effect and proceedings should be initiated against BJP MPs who bunked. In addition to this, all bureaucrats & MPs who bunked the meeting should be removed from the comforts of air purified rooms, made to stand outside all day long, at a hotspot, so that they realise the gravity of the situation,' Chadha tweeted.

Hitting back at AAP, Gambhir said the ruling party in Delhi was picking on him to mask the 'incompetence and political greed' of Chief Minister Arvind Kejriwal.

'Making my commercial engagements (which were entered into before I had become an MP) an issue to mask the incompetence and political greed of their leader is the saddest thing that the party, which claims to represent honest people, could do.

'But I have complete faith in the people of my constituency, my city and my country. They will judge me by my work and not by the propaganda and false narrative spread by the minions of the 'honest CM' of Delhi. My commitment to my constituency and my city should be judged by the work that is happening there,' Gambhir said in a statement citing some initiatives taken by him.

Gambhir added that he has left no stone unturned in the past six months to make sure that people who voted for him get the best.

'This is not even 1 per cent of what I intend to do in the next 4.5 years. We are also in talks to install giant air purifiers with cutting edge technology, across the constituency which will substantially reduce pollution. The pilot version will be installed within the next few weeks,' he said.