Saadi Gaddafi, third son of the deposed Libyan leader, has fled the country into neighbouring Niger, leaving his two other brothers to stick by Muammar Gaddafi in his 'self-proclaimed battle to death'.

Saadi crossed over from Libya's Saharan desert border in a convoy of vehicles and has been intercepted by local troops, Daily Telegraph quoted Niger's justice minister as saying on Sunday night.

Marou Amadou, the justice minister, said Saadi's convoy had reached the northern town of Agadez and was continuing onto capital Niamey, where a number of top Gaddafi officials and several Touareg tribal leaders had sought refuge recently.

His flight may prove to be a blow to the confidence of troops still loyal to the old regime, who are fighting what appears to be a losing battle in Gaddafi's strongholds of Bani Walid and Sirte.

The defection of Saadi reduces the retinue of close family members still sticking by Gaddafi to just two sons, Sail al-Islam and Mutassim, and his close aide and brother-in-law Abdullah Senussi.

A former soccer player, Saadi played twice for Italian Series A teams, though he was banned for failing a drug test.

Saadi, in recent interviews, had claimed that he was no longer taking part in the war and had called for a negotiated settlement.

His brothers Mohammad and Hannibal, sister Aisha and mother Safiya are in Algeria, having also fled the civil war.

Niger did not state what status Saadi would be given, but the minister said the fugitive "has no status at all" in his country. 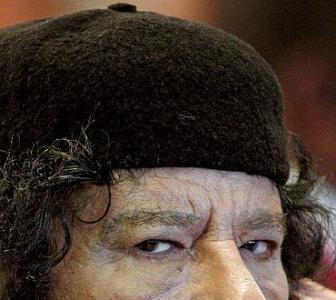 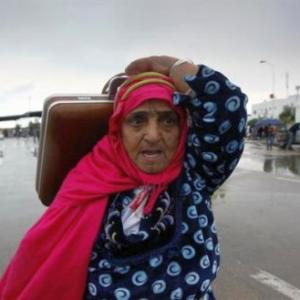 In PHOTOS: The six-month battle for Libya 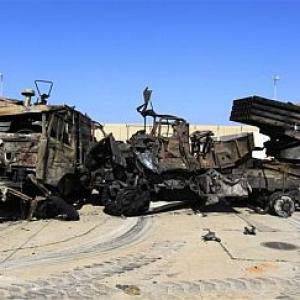