The Shiv Sena on Tuesday took a dim view of ally Congress'complaints about being "ignored" in the Maha Vikas Aghadi power-sharing setup, and asserted that there was nothing to worry about the stability of the ruling alliance. An editorial in Sena mouthpiece Saamana said resentment is bound to happen in a political set up of parties with different ideologies, but no one should have the false notion that the MVA government (comprising the Shiv Sena, the Nationalist Congress Party and the Congress) will collapse and the "gates of Raj Bhavan will be opened for them early morning once again".

It was apparently referring to the hush hush early morning ceremony held last year at the Raj Bhavan where Bharatiya Janata Party leader Devendra Fadnavis was sworn in as chief minister after his party and the Shiv Sena fell out over the issue of sharing the chief ministerial post.

Of late, the Congress has been making a pitch for having a say in the key decision-making process and inclusion in important meetings of the state government.

According to a Congress leader, chief minister Uddhav Thackeray has been holding talks with NCP chief Sharad Pawar on various issues, including the COVID-19 pandemic and relief for people affected by cyclone Nisarga.

This has created a feeling that the state Congress is being left out, he said.

The Congress has also urged Thackeray to hold a meeting of the three ruling parties at the earliest to finalise the names of 12 members for their nomination to the state Legislative Council.

Terming the Congress as the "third pillar" of the alliance government, the 'Saamana' claimed that the Shiv Sena has "sacrificed the most" in the tripartite set up.

The Congress is an old party with a historical legacy where murmurs of resentment are more, it said.

"There are many in the party (Congress) who can change sides. This is the reason why murmurs are being felt. Chief Minister Uddhav Thackeray should be prepared to tolerate such murmurs in the alliance," the Marathi daily said.

Resentment and murmurs are bound to happen in a tripartite government comprising parties of different ideologies, the Thackeray-led party said.

"Why are there murmurs? What does their complaint that they should be heard means? Congress leaders and ministers Balasaheb Thorat and Ashok Chavan, both have a long experience in governance. They should remember that even (NCP chief) Sharad Pawar has long experience in administration. But, there are no complaints from his party," the Sena said.

There are complaints about the bureaucracy, but however big an official may be, he is after all a government servant and has to obey orders of the chief minister, it said.

Noting that there is also a complaint about Chief Secretary Ajoy Mehta getting repeated extensions because of which there is resentment in the bureaucracy, the Sena said this can be discussed.

"But, there is no complaint that any illegal work has been done in the government. The entire bureaucracy and the administration are fighting the COVID-19 pandemic, but still Uddhav Thackeray should hear out Chavan and Thorat," it said.

The Sena said the sharing of 12 Legislative Council seats under governor's quota should be done by the ruling parties on the basis of numbers in the assembly.

After the state polls last year, the Shiv Sena has 56 MLAs, the NCP has 54 MLAs and the Coongress has 44 legislators in the 288-member assembly.

"In the power-sharing, the Shiv Sena has sacrificed the most. It had to give one ministerial berth to the NCP when Sharad Pawar objected to the Congress getting the post of assembly speaker," the Sena said.

Two additional cabinet berths were given to the Congress, instead of the posts of minister of state, it said.

Complaints about bureaucracy and demand for a particular officer in a ministry is never ending, it said, adding that no one should have the false notion that the government will collapse. 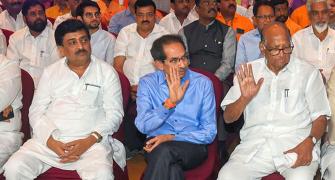 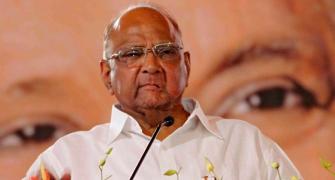