The Trinamool Congress on Monday lost five more sitting MLAs and the control of the Malda Zilla Parishad to the Bharatiya Janata Party as defections continued to rock West Bengal's ruling party ahead of the assembly polls. 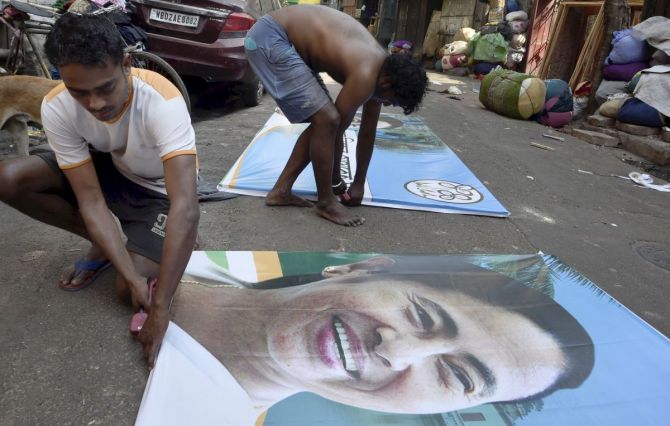 Four-time MLAs Sonali Guha, a close associate of TMC supremo Mamata Banerjee for decades, and 80-year-old Rabindranath Bhattacharya, a prominent face of the Singur movement, joined the saffron party after they were denied the poll ticket.

Another four-time legislator, 85-year-old Jatu Lahiri, and former footballer Dipendu Biswas, a first-time MLA, also switched sides after their names did not feature in the TMC's candidate list released on March 5.

They were handed over party flags by BJP state president Dilip Ghosh in presence of other leaders such as Suvendu Adhikari and Mukul Roy.

Hours after being replaced due to 'ill health', Sarala Murmu, the TMC candidate of the Habibpur constituency in Malda district, too switched sides.

There was speculation earlier that she might join the BJP as she did not get the seat she had desired.

The party replaced her with Pradeep Baskey in the morning.

A number of sitting TMC MLAs, including ministers, have joined the saffron camp in recent months.

The BJP also took control of the 38-member Malda Zilla Parishad after its 22 members changed sides.

Assembly elections in the state will be held in eight phases between March 27 and April 29. Votes will be counted on May 2. 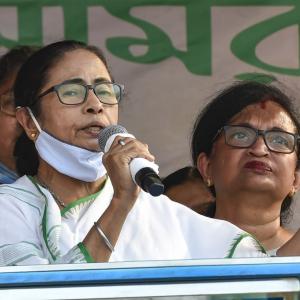