Presenting the Aam Aadmi Party government's first budget after coming to power in Punjab, Finance Minister Harpal Singh Cheema on Monday announced providing 300 units of free electricity to households from July 1 and setting up of 117 Mohalla Clinics in the state. 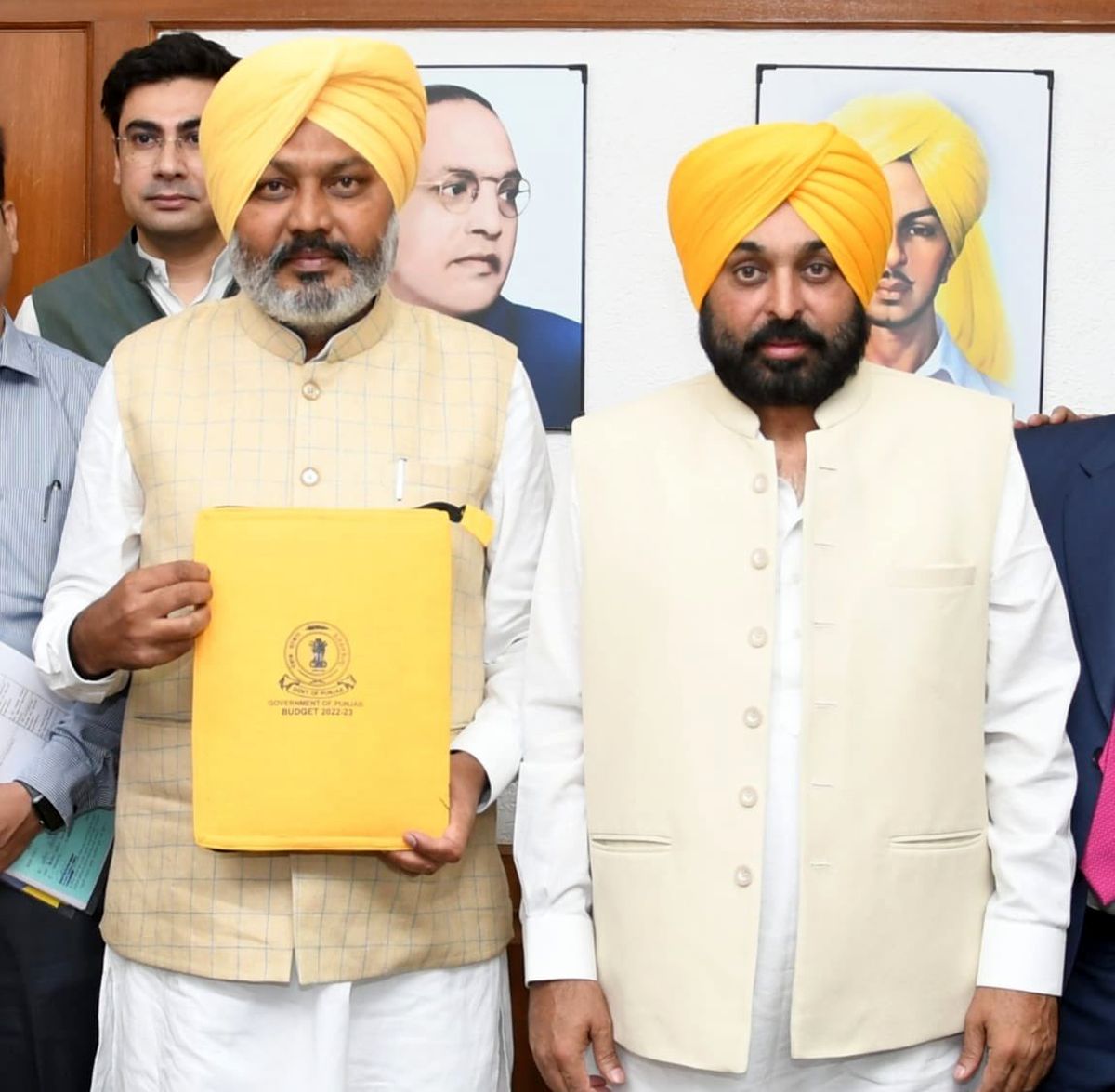 Besides, the government will set up 16 new medical colleges over the next five years.

In the first year, Cheema said the focus will be to restore deteriorating fiscal health, deliver on the promises of good governance and concentrate on health, agriculture and education.

The government did not propose any new tax in the budget for the financial year 2022-23.

Cheema said the AAP government is fulfilling its first promise made to the people of Punjab by providing 300 units of domestic power supply per month free to all citizens from July 1.

The AAP scored a landslide victory in the assembly polls in March and in April, the party announced that it would 300 units of free electricity to Punjab residents.

Further, Cheema emphasised that the AAP government pledges to stand by farmers and shall continue providing free power to the agriculture sector.

Announcing a raft of proposals, Cheema said the government has proposed to start the Punjab Young Entrepreneur programme to encourage class 11 students to propose their business ideas. A seed money of Rs 2,000 per student will be provided under the programme.

Replicating the healthcare model implemented in Delhi, the AAP government will also establish 117 Mohalla Clinics, for which Rs 77 crore has been earmarked in the budget.

Cheema said the government has decided to approve fresh recruitment of 26,454 people and regularisation of 36,000 contractual employees.

Referring to the white paper on state finances, which was presented in the state assembly on Saturday, he said the document makes it vividly clear that Punjab has suffered decades of fiscal imprudence.

The current effective outstanding debt of Punjab stands at Rs 2.63 lakh crore, the minister said, adding that the state government will issue the Gender Responsive Budgeting Guidelines this year. It will set out the strategy to promote the goal of gender equality and mainstreaming for bringing in social transformation and eliminating inequality.

Among other proposals, the government has identified 100 existing schools that are proposed to be upgraded as "schools of eminence" and an amount of Rs 200 crore has been earmarked for this purpose. Modern digital classrooms will be established in 500 government schools.

On the stubble burning issue, Cheema said various possibilities and solutions will be explored while Rs 200 crore has been earmarked to help in efforts to address the issue.

At the outset, the minister said several measures are being undertaken to bring fiscal prudence and efficiency in the management of finances.

He also said that the AAP government will set up a model of good governance.

"Our government has zero-tolerance towards corruption... Our party's birth started from the anti-corruption movement," he said, adding the government is acting against those who indulge in corrupt practices.

The finance minister said that the Janata budget (people's budget), which has been prepared after receiving 20,384 suggestions on the government portal and through e-mails, will focus on various areas, including health and education.

As per the budget documents, the GST compensation regime is set to end in June 2022, and based on the trends of previous years, the state government would be staring at a big hole left in its finances to the tune of Rs 14,000-15,000 crore in FY 2022-23.

Delhi Deputy Chief Minister Manish Sisodia was among those present in the visitor's gallery of the Punjab Vidhan Sabha.

The AAP registered a landslide victory, winning 92 of the 117 Assembly seats in Punjab.