Four persons, including a woman, have been arrested in London in connection with the stabbing of retired Lt Gen K S Brar, who had led 'Operation Blue Star' 28 years ago to flush out pro-Khalistani militants from the Golden Temple.

The four persons, including a woman, were arrested on Thursday evening by the Metropolitan Police in connection with the conspiracy to murder Brar, a spokesman of Scotland Yard told PTI.

Brar, 78, was attacked by four men in Old Quebec Street, near Oxford Street, on Sunday night.

The Metropolitan Police said its officers had arrested three men and one woman in the West Midlands on suspicion of conspiracy to murder. They are currently being questioned at a police station in central London.

The spokesman said a 33-year-old man and a 40-year-old woman were arrested at a residential address in Wolverhampton at about 2230 IST.

After the attack on Sunday, Brar was taken to hospital with a neck wound and has since been discharged. Brar returned back to Mumbai along with his wife on Wednesday.

Brar has said that he is convinced it was an attempt to assassinate him by "pro-Khalistan elements" for his role in the 1984 'Operation Blue Star'.

The operation was aimed at flushing out Sikh terrorists led by Jarnail Singh Bhindrawale from the Golden Temple.

Gen Brar is a decorated soldier who had seen action in the 1971 war with Pakistan. He was among the first to enter Dhaka when the Indian army forced Pakistani army into surrender.

General A S Vaidya who was the Army Chief in 1984 planned the highly controversial 'Operation Blue Star'.

The four men who attacked him are described as being of Asian appearance, all with long beards, and were wearing dark clothing and long black jackets.

One is described as younger and slimmer than the other three. They all fled in the direction of Oxford Street.

After the attack, Brar said he had informed local army authorities in Mumbai about his private visit to London, but the Indian High Commission said it was unaware of his trip. 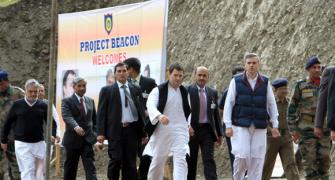 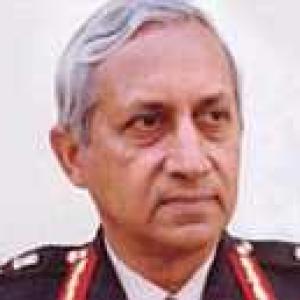