6 African nationals rescued in Delhi after rumours of cannibalism 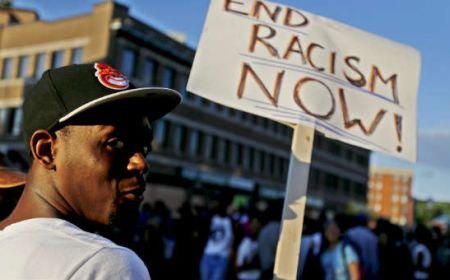 Four Tanzanian women were rescued after a hostile crowd gathered outside their homes in Dwarka following rumours that they were cannibals and were abducting children, police said on Friday.

Later, a police patrol party, while conducting searches in the area, found that two Nigerian men were locked inside a room and rescued them as well, they said, adding, there were rumours about them also being cannibals.

There were allegations about the foreign nationals being assaulted by the locals, but police dismissed the reports as baseless, saying they were rescued safely.

A police official said the women were rescued on Thursday evening after police received a series of calls informing them that they had an altercation with the locals.

Five phone calls were received at the police control room within a span of 41 minutes -- between 6.57 pm to 7.38 pm --- on Thursday informing them about the altercation involving the Tanzanian women in Kakrola area of Dwarka, police said.

When police teams reached there, they found that a crowd had gathered in front of the women's house and allegations were afloat that they had killed a child and eaten his flesh.

A sixth call was received at 7.40 pm by a woman who alleged that her 16-year-old son had been kidnapped by the Nigerian men, the police officer said.

However, investigations showed that it was a false charge and the caller's phone was also switched off, he said.

While searching the area during the night time, police found the Nigerian nationals locked inside a room, police said.

They said they were sleeping when some people came and locked their room from outside. One of them does not possess Indian visa, and will be deported, they said, adding further investigation is underway.

There was no assault on the Africans, police said, adding all the six were brought to police station for their safety and no one was injured.

In May last year, at least six Africans were injured in three separate incidents in Chattarpur area of south Delhi.

In October this year, a video had surfaced showing a man, believed to be a Nigerian, tied to a pole and being beaten up with sticks by a group of men after he allegedly attempted to burgle their house in south Delhi's Malviya Nagar.