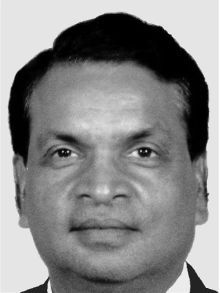 Former Research and Analysis Wing chief Sanjeev Tripathi on Tuesday joined the Bharatiya Janata Party ahead of the Lok Sabha elections, following the footsteps of several retired bureaucrats and diplomats finding a career in politics.

Welcoming the retired IPS officer into the party fold, BJP chief Rajnath Singh said, "He feels there should be a change in the country and wants to work for this change by joining the BJP."

He said Tripathi, who has recently retired, will help contribute in bringing about this change and the party will benefit from his experience.

After working in Uttar Pradesh for a few years, he joined the Centre as an intelligence officer. Incidentally, his father-in-law G S Bajpai was also the chief the RAW.

Tripathi is keen to contest the upcoming Lok Sabha elections.

"I have been thinking for the past one year on how to utilise my experience in nation building. Our country is passing through a very critical stage especially in areas of national security and economic development.

"Our nation needs a stable, strong and decisive government and instability of any kind will not just be harmful for the economic development but will come to the aid of such forces who want to destabilise the country," he said.

Tripathi said he feels only BJP can give a strong and good government. "I fully agree with its agenda of good governance," he said.