He was elected unopposed to the Upper House of Parliament earlier this week.

Sircar took oath in Bengali and was greeted by thumping of desk by fellow MPs.

He signed the members' register and then greeted Chairman M Venkaiah Naidu with folded hands. Naidu too responded to his greetings.

Sircar also greeted other leaders in the House.

He was elected to Rajya Sabha on a seat left vacant after TMC MP Dinesh Trivedi joined the BJP before the recent West Bengal assembly elections.

Sircar, who was nominated to the Upper House by TMC, spent nearly 42 years in public service and is known as a vocal critic of the BJP government at the Centre. 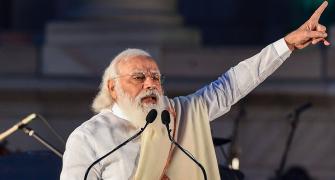