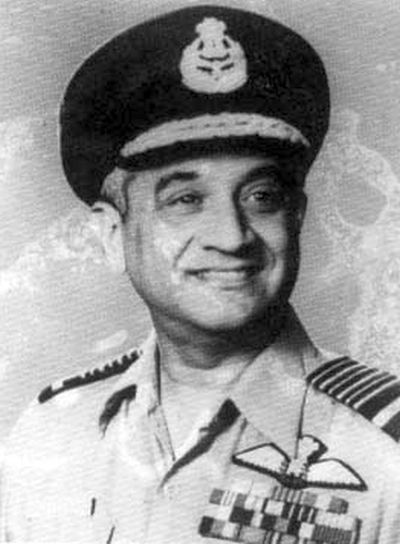 Former Chief of the Indian Air Force, Air Chief Marshal Idris Hassan Latif, passed away at a private hospital in Hyderabad on Monday. He was 94.

Latif, who was chief of the IAF from September 1978 to August 1981, was admitted to the hospital on April 25 with ‘aspiration pneumonia’ and the end came at 4.30 pm, sources said.

He was critically ill and underwent treatment in the Intensive Care Unit of the hospital, they said.

The funeral will take place on Tuesday morning at a cemetery in the old city of Hyderabad, they said.

Born on June 9, 1923 at Hyderabad, Idris Hassan Latif was educated at the Nizam”s College in the city.

On completion of his training at Ambala, he was posted in Karachi, where he flew vintage biplanes like the Wapiti, Audaxes and Harts, on Anti-Submarine flights over the Arabian Sea, according to an IAF website.

During 1943-44, he was one of the few Indian pilots to be seconded to the Royal Air Force in the United Kingdom, where he underwent training on more contemporary aircraft like the Hurricane and Spitfire.

He returned to India in 1944 and took part in the Burma campaign.

At the time of partition, he chose IAF though he was reportedly urged by some to join the Pakistan Air Force.

During the 1971 War, Latif was still the (Assistant Chief of Air Staff) ACAS (Plans).

He was keenly involved in flying to the front line squadrons and getting first hand information on the progress of the war and the requirements of the units if any.

Latif was in the Eastern Sector at Shillong when the surrender in East Pakistan took place.

He was involved fully in the re-equipment and modernisation plans of the air force and he convinced the government to approve the procurement of the Jaguar strike
aircraft, a proposal which was lying dormant for over 8 years.

He also held negotiations with the Russians and saw the induction of the MiG-23 and later, the MiG-25 aircraft into the IAF, according to the website.

After his retirement in 1981, he held the gubernatorial posts of Governor of Maharashtra and Indian Ambassador to France. 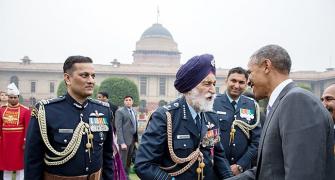 'When we fight a war we forget the danger'
Don't forget the IAF's role in the '62 war! 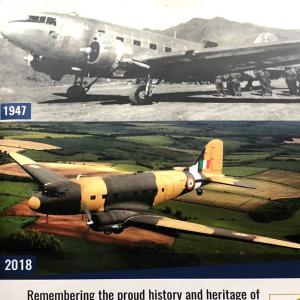