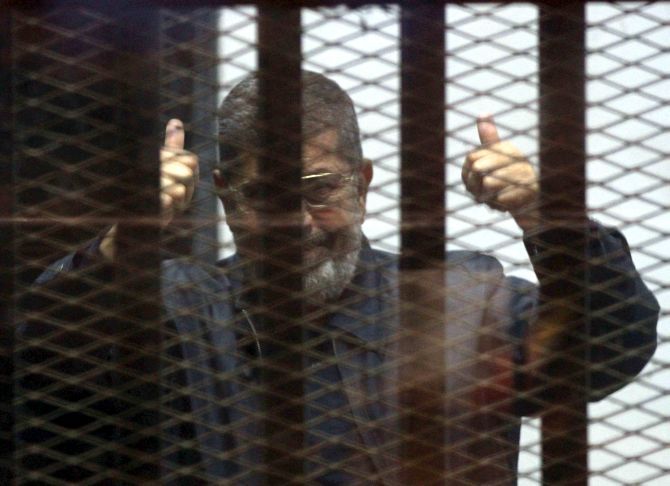 Deposed Egyptian President Mohammed Morsi, Muslim Brotherhood chief Mohammed Badie and over 100 other Islamists were on Saturday sentenced to death by a court over mass prison breaks during the 2011 uprising.

The former president raised his fists in defiance when the judge read the verdict.

Saturday’s capital punishment ruling against Morsi makes him the first president in Egypt’s history to face the possibility of death by hanging if court ratifies its initial decision on June 2 or he loses his projected appeal.

Many of those sentenced were tried in absentia. They were accused of damaging, setting fire to prison buildings, murder, attempted murder and looting prison weapons depots while allowing prisoners to break out of jails.

The incident took place during the January 2011 revolution when more than 20,000 prisoners escaped from three Egyptian prisons. The uprising had led to the ouster of then Egyptian strongman Hosni Mubarak.

Morsi is also an accused in the espionage case along with 35 others but the court will pronounce the verdicts for Morsi and the remaining defendants in that trial at a later date.

In the espionage case, the Islamists are charged with conspiring with foreign powers -- including the Palestinian Islamist group Hamas, Lebanon’s Hizbollah and Iran’s Revolutionary Guard -- to destabilise Egypt.

The defendants are also accused of funding terrorism and disclosing national security.

The verdicts in the two cases were referred to the Grand Mufti, who according to the Egyptian law must review all death sentences, however, his decision is not binding.

In April, Morsi was sentenced to 20 years in prison for inciting violence and ordering the arrest and torture of demonstrators during 2012 clashes while he was president.

Morsi is also being tried over insulting the judiciary, spying and handing documents of national security importance to Qatari intelligence through the Qatar-based Al-Jazeera news channel.

Hundreds of members of the Brotherhood, which was banned a few months after Morsi's ouster in 2013, face trials on various criminal charges. 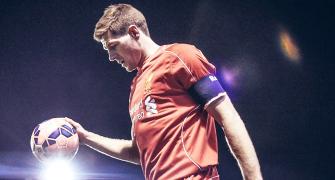 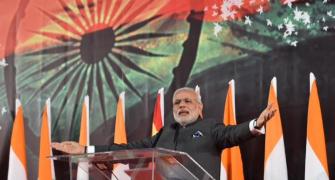 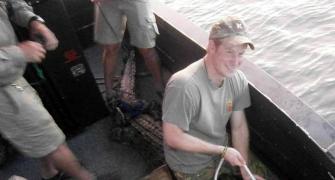 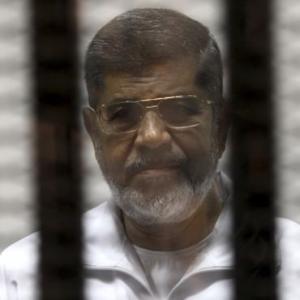 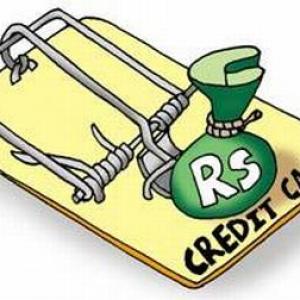 All you need to know about contactless debit and credit cards