Former Uttar Pradesh minister Swami Prasad Maurya, who resigned this week from the Yogi Adityanath government and the ruling Bharatiya Janata Party ahead of the assembly polls, on Friday said that former state cabinet minister Dara Singh Chauhan will join the Samajwadi Party on Sunday. Dara Singh Chauhan had resigned as minister from the Uttar Pradesh Cabinet on Wednesday.

Speaking to ANI, Maurya said, "As per the strategy, Dara Singh Chauhan will join on January 16 and there will be joining every day. The programme was inside the party office and all of us were following COVID protocols."

The SP leader further said that they are planning to send the BJP to exile, just like 14 years ago, before 2017.

"On March 10, when election results will be announced, the BJP will be cleared from UP and the SP will form the government," said Maurya.

"I welcome him to the Samajwadi Party," Yadav said.

The spate of resignations began with Swami Prasad Maurya quitting the cabinet.

Maurya, a prominent leader from the other backward class community, had joined the BJP from the Bahujan Samaj Party.

Dara Singh Chauhan had resigned as minister on Wednesday.

The Samajwadi Party has stitched a coalition of smaller parties for the assembly polls and has emerged as the main rival of the ruling BJP in the state.

Uttar Pradesh assembly elections will be held in seven phases from February 10 to March 7. 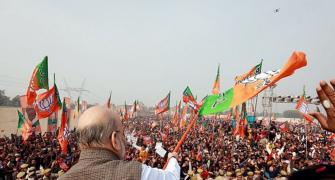 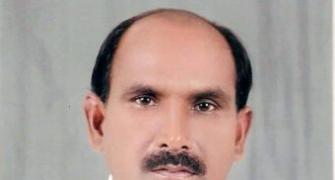 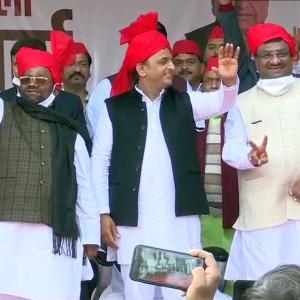 Maurya says no return to BJP, may join SP on Friday