Five Muslim men arrested for an offence have alleged that a Rajgarh district jail officer forced them to shave their beards, following which a senior Madhya Pradesh prison official on Wednesday said a probe was on into the matter. 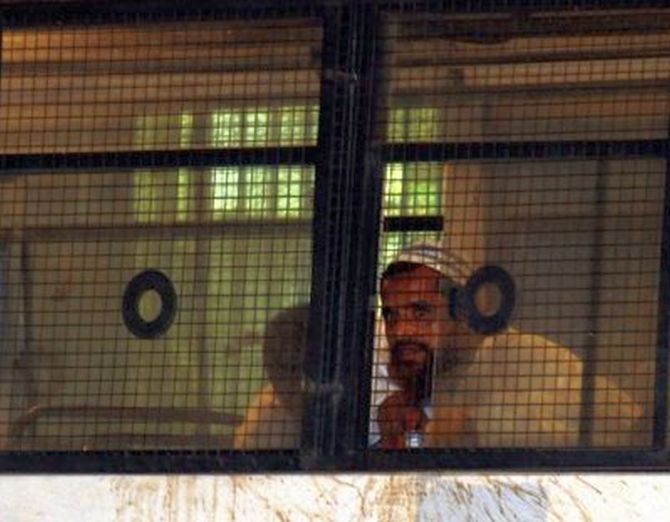 Kindly note that this image has been posted for representational purposes only. Photograph: Amit Dave/Reuters

A Congress MLA alleged that these men were abused in the jail, while All India Majlis-e-Ittehadul Muslimeen chief Asaduddin Owaisi claimed it was an act of "custodial torture".

They were released on September 15.

He alleged that these men were also abused in the jail.

Masood later said Mishra assured him of action in the matter.

Rajgarh's district prison jailor S N Rana, who was accused by these men, said there may be a possibility that their beards were shaved on their own request as such arrangements are in place in the jail.

He said everyone in jail has the freedom to keep beard and hair according to their own faith and belief.

Rana said eight to 10 Muslim prisoners having beard are already lodged in the jail.

Deputy Inspector General, Jails, M R Patel said nothing can be said as of now as a probe is underway into the matter and information will be shared after completion of the investigation.

Meanwhile, AIMIM chief Owaisi in a video shared on his Twitter handle claimed it was an act of “custodial torture”.

He said those men could have been given bail in the police station itself under the IPC section in which they were booked, but were sent to jail.

He asked "why men with beard are termed as Pakistanis".

"Can this be done with BJP people with beard?" he sought to know.