Fire department officials said the labourers were putting concrete mix at a portion of the bridge when the incident took place. Two labourers suffered minor injuries while two others with serious injuries were rushed to Safdurjung hospital.

On Monday, two police personnel, including an officer, had suffered injuries when a canopy erected at the stadium fell on them.

Source: PTI© Copyright 2021 PTI. All rights reserved. Republication or redistribution of PTI content, including by framing or similar means, is expressly prohibited without the prior written consent.
Related News: CWG, Jawaharlal Nehru, Safdurjung
SHARE THIS STORY
Print this article 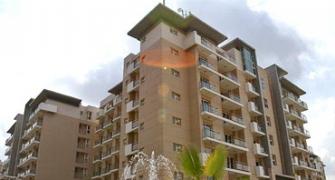 What's on the menu for the Commonwealth Games?
US warns citizens of India travel for CWG

Delhi CWG may be called off if...