Calling out the West, India has said that food grains should not go the way of the Covid-19 vaccines as it voiced concern over hoarding, discrimination and the “unjustified increase” in food prices that pose a threat to the food security of many vulnerable countries amidst the war in Ukraine. 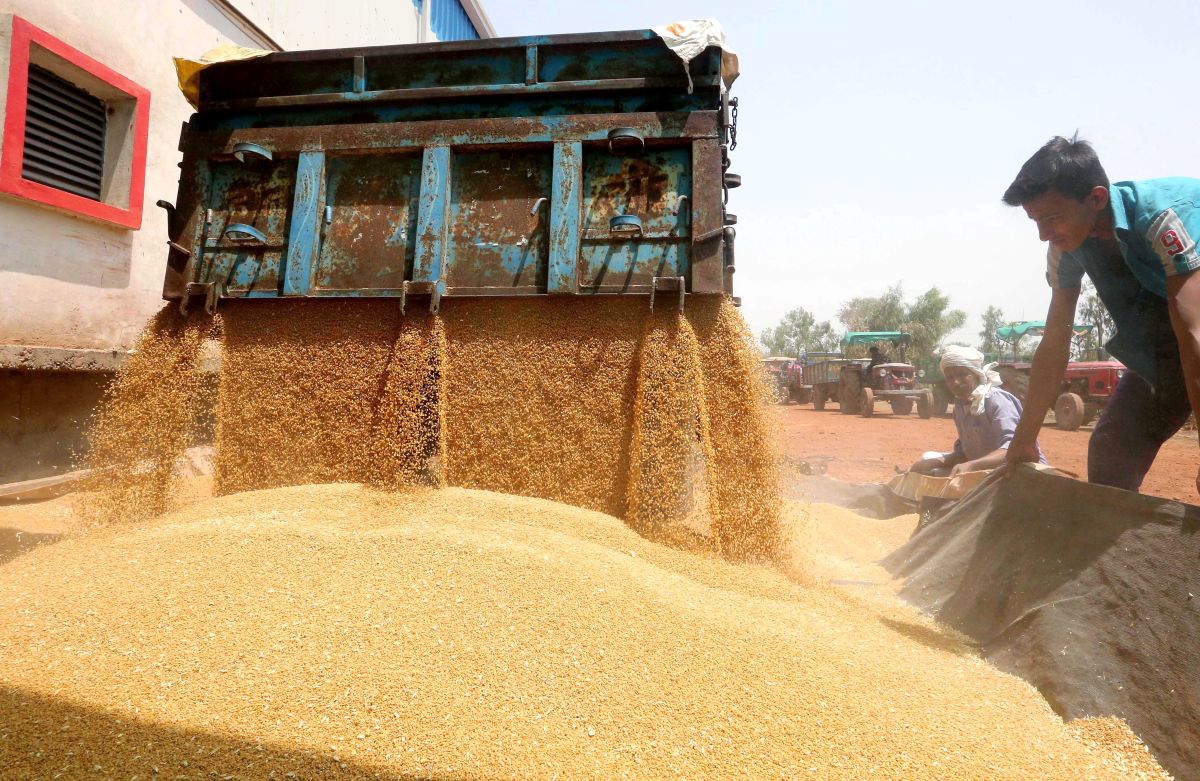 India also stressed that its decision to restrict wheat exports will ensure it can truly respond to those most in need.

“A number of low-income societies are today confronted with the twin challenges of rising costs and difficulty in access to food grains. Even those like India, which have adequate stocks, have seen an unjustified increase in food prices. It is clear that hoarding and speculation are at work. We cannot allow this to pass unchallenged,” Minister of State for External Affairs V Muraleedharan said at United Nations on Wednesday.

Muraleedharan was speaking at the ministerial meeting on ‘Global Food Security Call to Action' chaired by US Secretary of State Antony Blinken under the US Presidency of the UN Security Council for the month of May.

The meeting came days after India's decision last Friday to ban wheat exports in a bid to check high prices amid a shortage of wheat due to a scorching heatwave.

The decision is aimed at controlling the retail prices of wheat and wheat flour -- which have risen by an average of 14-20 per cent in the last year -- and meeting the foodgrain requirement of neighbouring and vulnerable countries.

At the meeting, India called out the West and cautioned that the issue of food grains should not go the way of Covid-19 vaccines, which were purchased by the rich nations in quantities excess of what they needed, leaving the poor and less developed nations scrambling to administer even the initial doses to their people.

“It is necessary for all of us to adequately appreciate the importance of equity, affordability and accessibility when it comes to food grains.

“We have already seen to our great cost how these principles were disregarded in the case of Covid-19 vaccines. Open markets must not become an argument to perpetuate inequity and promote discrimination,” Muraleedharan said, making a strong statement.

Although India is the world's second-biggest wheat producer, it has not previously been a major exporter as most of its crop is sold on domestic markets.

But Ukraine's wheat exports plunged after the Russian invasion. And with droughts and floods threatening crops in other major producers, commodity traders were expecting supplies from India to make up for part of the shortfall.

Before the ban, India had aimed to ship a record 10 million tonnes of wheat this year.

The Directorate General of Foreign Trade (DGFT) had in the last week's notification said that wheat exports will be allowed on the basis of permission granted by the central government.

At the high-level meeting, India spoke about the issue of the wheat export ban for the first time in the UN since its May 13 announcement.

Muraleedharan said the Indian government has recognised the sudden spike in global prices of wheat which put “our food security and those of our neighbours and other vulnerable countries at risk.”

“We are committed to ensuring that such adverse impact on food security is effectively mitigated and the vulnerable cushioned against sudden changes in the global market.

"In order to manage our own overall food security and support the needs of neighbouring and other vulnerable developing countries, we have announced some measures regarding wheat exports on May 13, 2022,” he said.

“Let me make it clear that these measures allow for export on the basis of approvals to those countries which are required to meet their food security demands. This will be done at the request of the concerned governments. Such a policy will ensure that we will truly respond to those who are most in need,” he said.

The minister emphasised that India will play its due role in advancing global food security and it will do so in a manner in which it upholds equity, displays compassion, and promotes social justice.

Ahead of Washington's signature events on food security, US Ambassador to the UN Linda Thomas-Greenfield said, “We have seen the report of India's decision. We're encouraging countries not to restrict exports because we think any restrictions on exports will exacerbate the food shortages."

"But you've – again, India will be one of the countries participating in our meeting at the Security Council, and we hope that they can, as they hear the concerns being raised by other countries, they would reconsider that position,” said the US ambassador to the UN.

Muraleedharan highlighted India's “track record” of helping its partners in distress, saying that even in the middle of the Covid-19 pandemic and ongoing conflicts, India has never been found wanting.

“We have provided food aid in the form of thousands of metric tonnes of wheat, rice, pulses, and lentils to several countries, including our neighbourhood and Africa, to strengthen their food security,” he said, adding that in view of the deteriorating humanitarian situation in Afghanistan, India is donating 50,000 metric tonnes of wheat to the people of the war-torn country.

India has continued its humanitarian support for Myanmar, including a grant of 10,000 tons of rice and wheat, he said.

“We are also assisting Sri Lanka, including with food assistance, during these difficult times,” he said.

“In keeping with our ethos of Vasudhaiva Kutumbakam, (the world is one family) and our ‘Neighbourhood First' policy, we will continue to assist our neighbours, in their hour of need, and stand by them, always,” he said.

India underlined that the global impact of the Covid-19 pandemic and ongoing conflicts, including in Ukraine, has impacted the lives of ordinary people adversely, particularly in the developing countries, with spiralling energy and commodity prices and disruptions in global logistical supply chains.