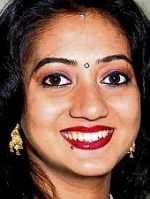 Indian dentist Savita Halappanavar, who died in Ireland last year after being denied abortion, may have been saved had the hospital staff not paid "overemphasis" on the welfare of the unviable foetus and "underemphasis" on her deteriorating health, according to an inquiry report.

The report by the Health Service Executive on 31-year-old Savita's death at Galway University Hospital found that her "vital signs were inadequately monitored; she was seriously ill, but that this was not acted on... she had further deteriorated, and still this was not acted on adequately".

"The investigating team considers there was an apparent overemphasis on the need not to intervene until the foetal heart stopped, together with an underemphasis on the need to focus an appropriate attention on monitoring for and managing the risk of infection and sepsis in the mother," the Irish Times on Tuesday reported, citing the inquiry report draft.

Savita, hailing from Karnataka, died from blood poisoning on October 28 after doctors refused to terminate her 17-week long pregnancy, telling her that the foetal heartbeat was still present and "this is a Catholic country".

Ireland's abortion laws are the strictest in Europe. Savita's death caused widespread outrage in India and re-ignited protests and debate on abortion laws.

Savita's husband Praveen Halappanavar, an engineer at Boston Scientific in Galway, was dissatisfied with the report, which was delivered to his solicitor on Friday.

"No he is not satisfied because it doesn't answer why. It doesn't answer the question why was the request for the termination not acceded to even when she became ill and her life was in danger, why wasn’t it acted upon then," the paper quoted Halappanavar's solicitor Gerard O'Donnell as saying.

O'Donnell said his client believed that Savita died because she was refused abortion. O'Donnell will meet the chairman of the inquiry team later this week.

The HSE inquiry was established on November 20 under the Chairmanship of Sabaratnam Arulkumaran, head of obstetrics and gynaecology at St George'sHospital, University of London.

The inquiry team had initially included three staff from GalwayUniversityHospital although they were later removed and replaced following objections by Halappanavar.