In yet another case of militants walking free in Pakistan due to lack of evidence against them, an anti terrorist court Rawalpindi has acquitted five persons accused in various suicide bombings.

The special court released Fasihullah, Imdad Hussain and Qasim Mushtaq, who were arrested for their alleged role in the suicide attack targeting the Islamabad district courts in March last year.

Two other accused Tehseen Abbas and Faisal Mushtaq, who were accused of plotting the Aabpara Chowk bomb blast, were also set free by the court, The Daily Times reports.

Last week, a local Peshawar court had acquitted four terror suspects after the prosecution failed to prove their involvement in blowing up of three government schools in the Nowshera district of the Khyber-Pakhtunkhwa province (formerly the North West Frontier Province).

Security officials had arrested four persons for destroying three schools, including a girls' school, in February, but the anti-terrorism court in Peshawar dismissed the case against all four accused, saying there is not enough evidence to prove their involvement in the destruction of the school buildings.

Dozens of terror suspects have succeeded in getting bail from the Peshawar high court in the last two months due to 'lack of evidence' against them. 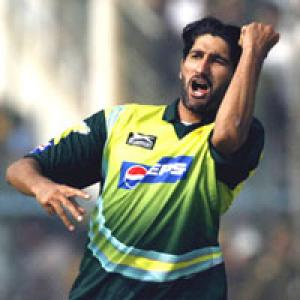 Tanvir out of T20 World Cup with knee injury