A chowkidar was on Tuesday arrested and five policemen were suspended in connection with the alleged gang rape of a woman inside a police station in Khadda area in Kushinagar district, a senior officer said.

"Chowkidar Vijay Verma, who took the woman to the police station, has been arrested," Inspector General of Police (law and order) B P Singh told reporters.

He said that while a sub-inspector, who was accused of raping the woman, had already been suspended, the station officer of Khadda, two sentries and a 'munshi' have also been placed under suspension.

"The action has been taken after some facts came to light following the visit by IG Gorakhpur, who met the victim," Singh said.

The woman was taken to the police station on July 17 by Verma, who promised her help in securing a job. She was allegedly forcibly given liquor there and raped by police personnel.

On a complaint by the woman on Sunday, an FIR was lodged against Verma and Sub-Inspector Virendra Kumar. 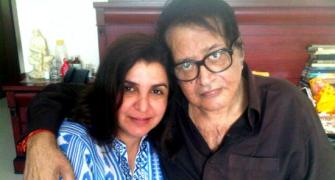