$569 billion!!! Guess who spends that much on defence 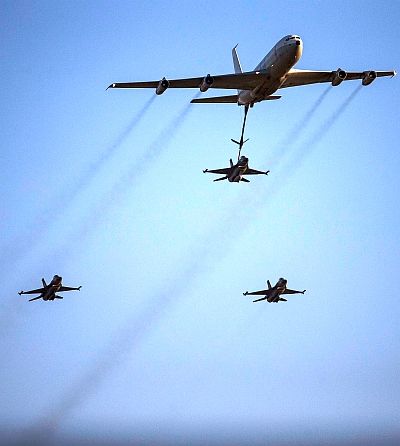 Amid raging disputes in the South China Sea and deepening tensions with the United States, China has hiked its defence spending by 7.6 per cent to $146 billion (Rs 9.8 lakh crore), making it almost four times more than India's defence budget despite being the Communist giant's lowest hike in six years.

The graph, below, shows the highest spenders on defence in 2015. 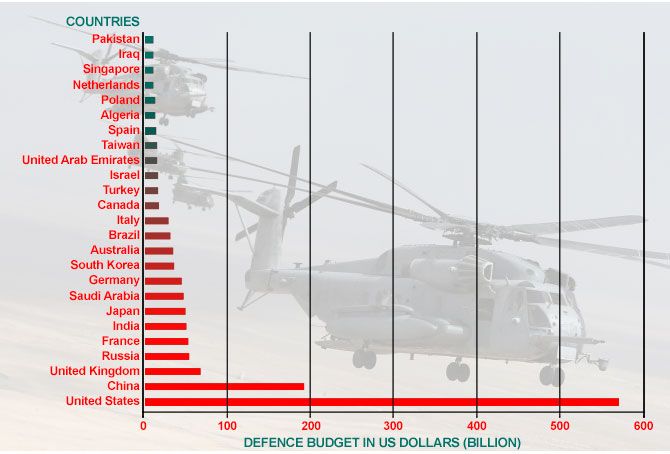 According to SIPRI data, the US dominates global spending on defence, with a budget more than double that of the next biggest spender, China. It spends around $569 billion (over Rs 38 lakh crore) a year on defence -- the majority of which goes on operations, maintenance and personnel.

However, while the US continues to shell out the largest defence budget in the world year after year, other nations are slowly but certainly catching up, says the Stockholm International Peace Research Institute.

The graph, below, shows a comparative analysis of defence budgets between 2014-2015. 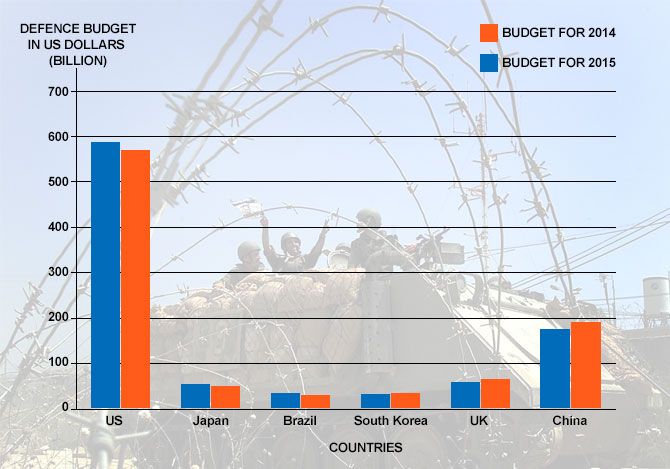 The United Kingdom, Russia and France are the next biggest spenders on defence. All of which are dwarved, however, by America's spending.

India remains by far the biggest importer of major arms, accounting for 14 per cent of the total; twice as much as second-placed Saudi Arabia and three times as much as China.