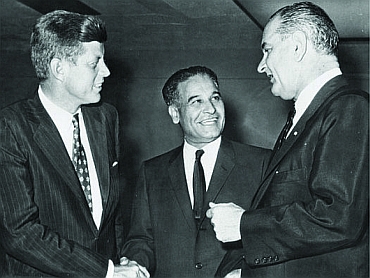 He was speaking at the Asian Pacific American Institute for Congressional Studies' 18th annual gala, and in the audience were several dozen Indian Americans.

Saluting the pioneering Asian Americans and the sacrifices they made to make America better for the succeeding generations, he said, "Your heritage spans the world, but what unites everyone is that in all of your families you have stories of perseverance that are uniquely American. Some of you -- those from Hawaii or the Pacific islands --  live where your family has lived for generations and your story is, in part, about keeping alive treasured native traditions."

"But for others, your story starts with ancestors who, at some point, left behind everything they knew to seek the promise of a new land. Maybe the story traces back a century and a half, to the laborers who risked their lives to connect our coasts by rail (that included the first wave of Sikhs in America). Maybe it begins with one of the hundreds of thousands of immigrants who, decades ago, made the tough journey to Angel Island," he said.

He continued, "Maybe the story starts with your parents. Or maybe it starts with you. But here's the thing. No matter when it began, no matter where it began, your stories are about someone who came here looking for new opportunities not merely for themselves, but for their children, and for their children's children, and for all generations to come. Few of them had money. A lot of them didn't have belongings."

To sustained applause, Obama said, 'There were trailblazers like Dalip Singh Saund -- a young man from India who, in 1920, came to study agriculture, stayed to become a farmer, and took on the cause of citizenship for all people of South Asian descent. And once Dalip earned his own citizenship, he stepped up to serve the country he loved, and became the first Asian-American elected to the Congress."

" There were pioneers like my former congresswoman, Patsy Mink, who was not only the first Asian-American woman elected to Congress but the author of Title IX, which has changed the playing field for all of our girls," he said.

Obama then turned to Norman Mineta, the founder of Asian Pacific American Institute for Congressional Studies, former Congressman and commerce secretary and transportation secretary in the Bill Clinton and George W Bush administrations.

"And then there's the story," Obama said, 'of a young Japanese-American boy, just 10 when his family was forced from their home and taken hundreds of miles away to an internment camp. For three years, they lived in that camp, but when that boy got home, he didn't turn his back on America -- he devoted his life to America. In his words, he pledged 'to speak out for the underrepresented and to pick up on those issues that weren't being carried by others'. And as the first Asian American to ever serve in a President's cabinet, Norman Mineta made good on that pledge,"  he said.

Earlier, in his remarks, Obama said he was thrilled to be at the event 'because all of you hold a special place in my heart. When I think about Asian Americans and Pacific islanders, I think about my family -- my sister, Maya; my brother-in-law Konrad; my nieces Suhaila and Savita. I think about all the folks I grew up with in Honolulu."

But, he cautioned, "I know it can be tempting -- given the success that's on display here tonight -- for people to buy into the myth of the 'model minority' and glance over the challenges that this community still faces. We have to remember there are still educational disparities like higher dropout rates in certain groups, lower college enrollment rates in others."

"There are still economic disparities such as higher rates of poverty and obstacles to employment. There are health disparities like higher rates of diabetes and cancer and Hepatitis B. Those who are new to America, many still face language barriers. Others  such as Vincent Chin who we lost three decades ago -- have been victims of horrible hate crimes, driven by the kinds of ignorance and prejudice that are an affront to everything America stands for," he said.

"Those are real problems, and we can't ignore them. And if we're going to do a better job addressing them, then we first have to stop grouping everybody just in one big category. Dozens of different communities fall under the umbrella of the Asian Americans and Pacific islanders, and we have to respect that the experiences of immigrant groups are distinct and different. And your concerns run the gamut. That's something that Washington needs to understand better," he added.

"I re-established the White House Initiative on Asian Americans and Pacific Islanders, so that we could better identify specific issues within specific communities," he added.

The executive director of this initiative is Kiran Ahuja. 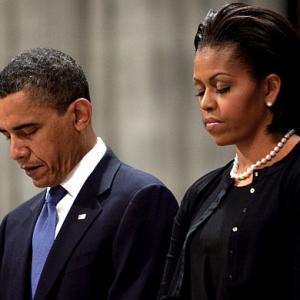