The first flight test of indigenously developed Unmanned Aerial Vehicle Rustom-2, set to be used solely for defence purposes, would take place in February 2014 as per schedule, a top official said on Monday.

"The first flight of Rustom-2 will take place in February 2014," Aeronautical Development Establishment Director P S Krishnan told reporters on the sidelines of the Aero India seminar in Bangalore.

Weighing 1.8 tonne, Rustom-2 would have a capacity payload of 350 kg, a wingspan of 21-metre and an endurance of above 24 hours, he said. Rustom-2 is in the league of United States 'Predator' drones because of its advanced capabilities and additional payloads, Krishnan said.

To a query, Krishnan said DRDO had conducted four test flights of Nishant, fitted with 80 kg engine developed from scratch by ADE and it was ready for serial production and supply to the defence forces.

"We have had four test flights of Nishant which is now fitted with the new indigenous engine. We had to ensure that we get the altitude of 3.7 km so we had to carry some design modification to get the final altitude. Engine performance has been excellent," he said.

"This was the reason we could get to the desired altitude envelop, speeds and also endurance of four and half hours. Everything went well. We have supplied four LSP versions of Nishant to the army and are ready for serial production. The engine was developed over four years and Rs 20-odd crore have been invested on it," Krishnan said.

Asked about the significance of indigenously-made UAV engine, Krishnan said India was purchasing UAV engines from Europe with import content of 5 to 10 per cent. 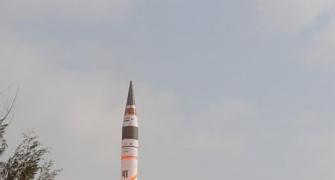 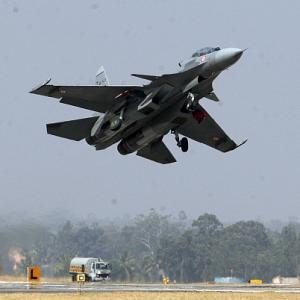