A British channel has come out with a documentary featuring the pictures of the alleged cold-blooded killing of Liberation Tigers of Tamil Eelam chief Velupillai Prabhakaran's 12-year-old son, which was on Tuesday dismissed by Sri Lanka as "lies, half truths and numerous forms of speculation".

The Channel 4 documentary titled 'No War Zone -- the killing fields of Sri Lanka' is to be aired in Geneva at the next session of the United Nations Human Rights Council in March.

The pictures have once again raised questions over the conduct of Sri Lankan armed forces during the final stages of the operation against Tamil Tiger rebels and is another blow for the government in its attempts to head off a critical resolution at the UN Human Rights Council.

One of the photos shows Balachandran Prabakaran sitting in a bunker, alive and unharmed in the custody of Sri Lankan troops.

Another picture, which was taken a few hours later, shows the boy's body lying on the ground, his chest pierced by bullets.

The Sri Lankan army on Tuesday dismissed as "lies, half truths, rumours and numerous forms of speculation" the pictures featured in the documentary.

Commenting on the pictures, military spokesman Brigadier Ruwan Wanigasooriya said, "This is not the first time such unsubstantiated allegations are leveled against the Sri Lankan forces. Interestingly, these come up as we near UNHRC meeting and die down thereafter."

"No substantive evidence have been presented for us to launch an investigation" he said.

"Unfortunately, it appears that the parties who float such baseless allegations never want these to be investigated or solved. They want to keep them as mysteries in order to tarnish the country's good image as and when it suits their agendas." rr

Wanigasooriya stressed that if the Channel 4 was interested in having these investigated, it should cooperate with credible evidence and the army will institute a probe.

The documentary aims to test India over its next move in the UNHRC resolution against Sri Lanka, Channel 4's documentary director Callum Macrae said.

India had voted against Sri Lanka at last year's resolution. "The new evidence in the film is certain to increase pressure on the Indian government not only to support a resolution on Sri Lanka and accountability, but also to ensure that it is robustly worded, and that it outlines an effective plan for international action to end impunity in Sri Lanka," Macrae said. 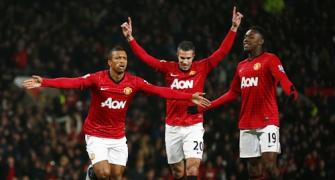 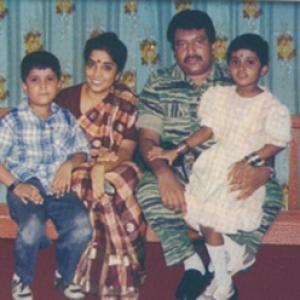 There is no end to human greed: Antony on chopper scam