Fighting terror: Banning VoIP is not a solution

By Vicky Nanjappa
Last updated on: September 15, 2009 14:57 IST
The latest communication by the Intelligence Bureau to the government to block all Voice over Internet Protocol Services is an indication that India despite facing the horrific Mumbai attacks is still not geared up to track calls made using VoIP.

An IB official confirming that the circular has been issued told rediff.com that till India comes out with a mechanism to trace such calls, it is better that the services remain blocked in India.

Cyber terrorism experts say that this shows that India has been slow to react. A former chairman of the Telecom Disputes Settlements and Appellate Tribunal who did not want to be named says that it is high time that the Indian government gains control over calls made using VoIP.

"Terror groups are well aware that this is the cheapest mode of communication and hence they will continue to use it. I however do not feel that blocking calls is the solution. It just shows that we are giving up. In such cases a ban has never been a good solution," he said.

An officer in the cyber crime division in Bengaluru said that the biggest challenge that they face while tracking such calls is that most of companies providing these services are not based in India and hence it is difficult to obtain information from them.

"Maybe we need to find solutions to encode the information, but to get access to information from companies outside the country is something that does not fall directly under our domain. There have been instances when we have written to these companies through the government seeking information. The problem is that they take too long to respond and the information becomes useless," the officer noted.

According to Pavan Duggal, a senior advocate in the Supreme Court and an expert on cyber laws, a ban is not the solution.

"The IB's concerns are genuine but closing our eyes is not the solution at all. There is no doubt that people are misusing VoIP," Duggal said.

"However, what one must realise that there is no use of blocking internet telephony. There are so many private players available and miscreants will always find a way through. I see no reason how a ban will help. We need to come out with tools of our own to track down such calls. The central government does have a lot of powers under the amended Information Technology Act to monitor such calls. These powers ought to be used," Duggal said.

The IB says that it has asked the Department of Telecommunications to find a solution at the earliest. "With the current scenario and the technological capabilities, it is difficult to monitor the calls. The issue affects national security since terror groups are constantly keeping in touch with the help of internet telephony. We feel that by blocking such calls, they would be handicapped to a large extent," IB sources said. 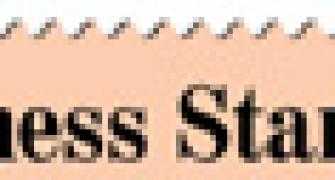 'Involve Indians on the lowest rungs in fight against terror'
India take over number one ranking in ODIs
26/11 attackers used VOIP: Callphonex 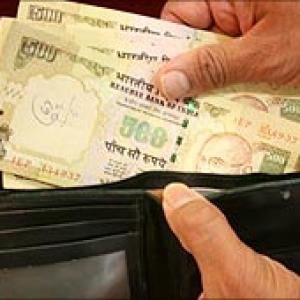 Dawood gang to double up for Lashkar