54 pc of Akhilesh Yadav's cabinet has a criminal record

Uttar Pradesh created a record of sorts -- out of the 2,195 candidates that contested the election, 795 had criminal records against them, reports Vicky Nanjappa

Akilesh Yadav, the chief minister of Uttar Pradesh may have taken up the task to promote a clean party, but the fact is that 26 of the 48 cabinet ministers analysed have a criminal record, which is 54 per cent of the ministers.

The affidavits of the newly appointed cabinet ministers that was analysed by the National Election Watch suggests that 54 per cent ministers i.e. (26 out of 48 analysed) have self declared criminal cases as per their affidavits filed during the recently concluded assembly elections. Nine or 19 per cent of ministers out of the 48 analysed have declared serious IPC charges like rape, murder, attempt to murder, kidnapping, dacoity registered against them.

1) Mehboob Ali (of SP from Amroha) has declared 15 cases against himself including charges related to attempt to murder, kidnapping, robbery etc.

3) Arvind Kumar Singh (of SP from Ram Nagar) has declared 3 criminal cases including charges of attempt to murder.

4) Manoj Kumar Paras of SP from Nagina constituency has declared a rape charge in his affidavit submitted to the Election Commission at the time of his nomination. The others in the list who are in the top ten are Vinod Kumar, Rajendra Singh Rana, Manoj Kumar Paras, Ram Karan Arya, Jagadish and Bhawat Saran.

The affidavits that have been analysed show that 38 out of the 48 cabinet ministers in the Yadav cabinet are crorepatis.

Among the 48 ministers analysed, only 1, Aruna Kumari of SP from Bilhaur, is a women minister.

After the final result, there were 189 MLAs with a criminal record, which means 47 per cent of the UP assembly had criminal candidates. The number shot up since 2007 when there were 140 such candidates. Out of these 189 MLAs, 98 (24 per cent) have serious criminal cases against them. In 2007, out of the 140 such MLAs 78 faced serious charges. 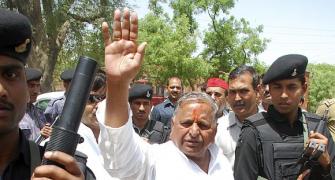 In UP, SP tops list of candidates with criminal record
Goondaraj to continue in UP! 47 pc MLAs are criminals 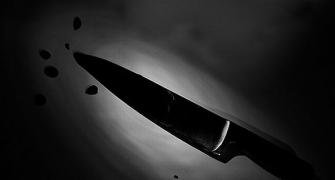 UP polls phase 5: 31 per cent candidates have criminal cases