Father of Pakistan's nuclear bomb AQ Khan passes away at 85

Abdul Qadeer Khan, the disgraced atomic scientist known as the 'father of Pakistan's nuclear bomb' under the clandestine enrichment programme and infamous for his controversial role in nuclear proliferation, died in Islamabad on Sunday after a brief illness. 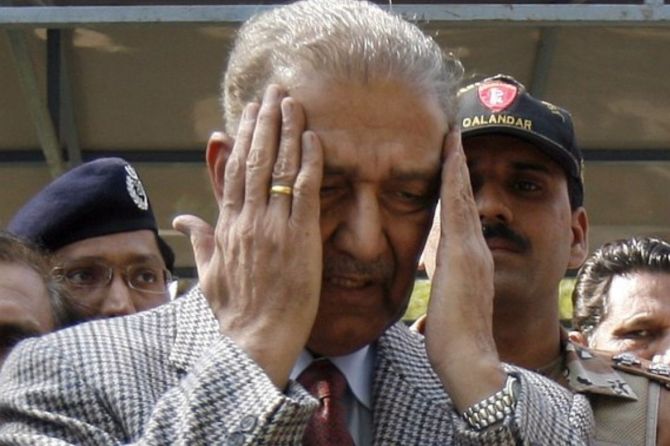 Khan, who was born in 1936 in Bhopal and migrated to Pakistan along with his family after the Partition in 1947, breathed his last at about 7.00 am (local time) at the Khan Research Laboratories Hospital -- the medical facility named after him.

According to the state-run Associated Press of Pakistan, Khan had been admitted to the KRL Hospital on August 26 after he tested positive for Covid-19.

Later, he was shifted to a military hospital in Rawalpindi but was discharged after recovering from the virus.

Khan was brought to the KRL Hospital early in the morning after he faced difficulty in breathing, Geo News reported.

Doctors said Khan's health deteriorated after bleeding in his lungs. He could not survive after his lungs collapsed.

Interior Minister Sheikh Rasheed said that all efforts were made to save his life. "The prime minister has directed to bury Dr Qadeer with full (state) honours," Rashid said, adding that the national flag Pakistan shall fly at half-mast on Sunday.

"Deeply saddened to learn about the passing of Dr. Abdul Qadeer Khan. Had known him personally since 1982. He helped us develop nation-saving nuclear deterrence, and a grateful nation will never forget his services…,” President Arif Alvi said in a post on Twitter.

Prime Minister Imran Khan said that he was “deeply saddened by the passing of Dr A Q Khan”.

"He was loved by our nation bec of his critical contribution in making us a nuclear weapon state. This has provided us security against an aggressive much larger nuclear neighbour. For the people of Pakistan he was a national icon (sic),” he said in a tweet.

Army chief General Qamar Javed Bajwa said that Khan's contributions in making Pakistan's defence stronger were "significant", while Defence Minister Pervez Khattak said he was "deeply grieved" over his passing and called it a "great loss".

"Pakistan will forever honour his services to the nation! The nation is heavily indebted to him for his contributions in enhancing our defence capabilities," Khattak said.

Funeral prayers for Khan were held at Islamabad's Faisal Mosque.

A large number of people, including ministers and representatives of the armed forces, attended his funeral despite rain.

He was buried at the H-8 graveyard, in accordance with his family's as well as his own wishes.

Khan, considered as the father of Pakistan's nuclear bomb, is revered at home as a hero. He was also called a man who built the Muslim world's first atomic bomb.

The nuclear physicist was disgraced in 2004 when he was forced to acknowledge responsibility for nuclear technology proliferation and was forced to live a life of official house arrest.

Radio Pakistan reported that Khan played an important role in making Pakistan a nuclear power. His services for defence of the country will be remembered for a long time.

Khan, who was awarded Pakistan's highest civilian honour Nishan-i-Imtiaz, lived as semi-secluded in Islamabad's posh neighbourhood of E-7 sector under the watch of security agencies since 2004.

Later, he retracted his statement, which he said was made under duress exercised by then military dictator Gen. Pervez Musharraf.

He said Pakistan would never have achieved the feat of becoming first Muslim nuclear country without his "services".

Referring to the treatment meted out to him during under Musharraf, Khan said nuclear scientists in the country have not been given the respect that they deserve.

In 2009, the Islamabad High Court declared Khan to be a free citizen of Pakistan, allowing him free movement inside the country.

Khan had also said that Pakistan has the ability to "target" Delhi from Kahuta near Rawalpindi in five minutes.

Kahuta is the home to the Kahuta Research Laboratories, Pakistan's key uranium enrichment facility, linked to the atomic bomb project. Khan was instrumental in setting up Pakistan's first nuclear enrichment plant at Kahuta.

In a 2018 book "Pakistan's Nuclear Bomb: A Story of Defiance, Deterrence And Deviance", Pakistani-American scholar and academic Hassan Abbas has highlighted Khan's involvement in nuclear proliferation in Iran, Libya and North Korea.

He wrote that the origins and evolution of the Khan network were tied to the domestic and international political motivations underlying Pakistan's nuclear weapons project.

The writer also examined the role of China and Saudi Arabia in supporting its nuclear infrastructure. Khan is reported to have intimate links with China's nuclear establishment.

The US State Department said in 2009 that Khan had run an "extensive international network for the proliferation of nuclear equipment and know-how that provided 'one stop shopping' for countries seeking to develop nuclear weapons."

According to the State Department, this network's actions had "irrevocably changed the proliferation landscape and have had lasting implications for international security."

According to an article dated January 31, 2018 published in the Foreign Policy magazine, "Outside of Pakistan, Khan has largely been forgotten, despite the fact that his fingerprints are all over the world's most volatile nuclear hot spots”.

It said that the damage Khan did remains.

"Driven by ego, nationalism and a skill for subterfuge, Khan built a clandestine global network that increased the danger of a nuclear catastrophe. Worse, he was never forced to identify the participants in his black market,” it said.

"Khan may eventually be relegated to the dustbin of history. But the lessons learned from his crimes must be addressed before it's too late,” the article added. 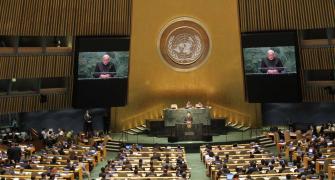 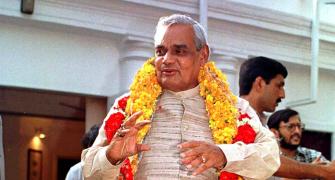 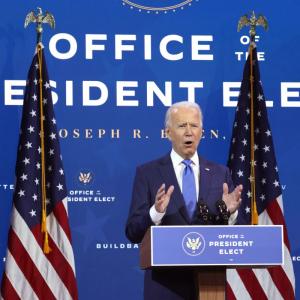 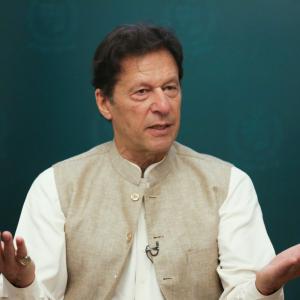