Fasih Mohammed not with us, maybe in Saudi custody, Centre tells SC

Source: PTI
Last updated on: June 06, 2012 12:30 IST
The Centre on Wednesday informed the Supreme Court that a Bihari youth, allegedly abducted in Saudi Arabia by Indian police, was not in their custody.

In a joint response, the ministry of external affairs, the home ministry and the Delhi police rejected the allegation that Fasih Mohammed was abducted by the Indian police personnel for custodial interrogation and his whereabouts were not known.

Appearing for the Centre, Additional Solicitor General Gaurav Banerjee made a categorical statement that Mohammed was not in the custody of the Indian police, although a red corner notice was pending against him for alleged anti-national activities.

"He is not in our custody. He may or may not be in the custody of the Saudi Arab police," Banerjee told a bench of justices KS Radhakrishnan and JS Khehar.

Responding to pointed questions from the bench in whose custody he was, if not the Indian police, the ASG maintained that the MEA was seized of the issue.

He said the Indian ambassador was in constant touch with the Saudi authorities on the issue and would be holding talks with them and that some concrete results were expected.

The ASG also said that it normally took time to interact with Saudi authorities, but the bench responded by saying, "We need to know where he is. The case is very serious."

Advocate Naushad Ahmad Khan, appearing for the petitioner and wife of Mohammed, Nikhat Parveen, however, argued that Mohammed was in the custody of the Indian police which had started reacting only after the intervention of the apex court.

To this, the bench said that since, according to the Centre, Mohammed was not in Indian custody, it will take up the matter for further hearing on Monday after the government furnishes details of its talks with the Saudi authorities.

The apex court was hearing the plea of Mohammed's wife seeking directions to the government to trace her husband, an engineer from Bihar, who was allegedly picked up by Indian security agencies from the couple's home in Saudi Arabia.

Earlier, the bench had observed that it is a serious case and directed the government to respond to her allegation and had posted the matter for further hearing for Wednesday.

Parveen had knocked on the apex court's doors alleging that Mohammed, 29, who hails from Darbhanga in Bihar, was picked up on May 13, for purported terror links, from their house in Saudi Arabia where he had been working for five years.

Parveen had said she had written to several authorities, including the ministries of external affairs and home, Bihar and Karnataka governments and the Saudi embassy in India, but nobody was telling her anything.

On May 13, according to her, a group of Saudi and Indian officials in civilian clothes allegedly searched their house in Jubail in Dammam, confiscated a laptop and a mobile phone and informed them that Mohammed has to be deported as he is wanted in India.

Shocked by the turn of events, 22-year-old Parveen, who married Mohammed in September last year and had joined him in Saudi Arabia in March this year, first contacted the Indian embassy. Failing to get any information from there, she returned to India on May 15. 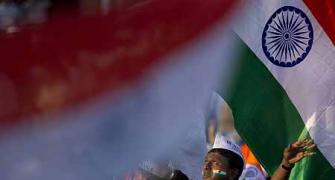 Where is Fasih Mehmood?