A farmer from the Beed district in Maharashtra wants to be chief minister till the ruling Bharatiya Janata Party and the Shiv Sena resolve their differences over power-sharing and formation of the next government. 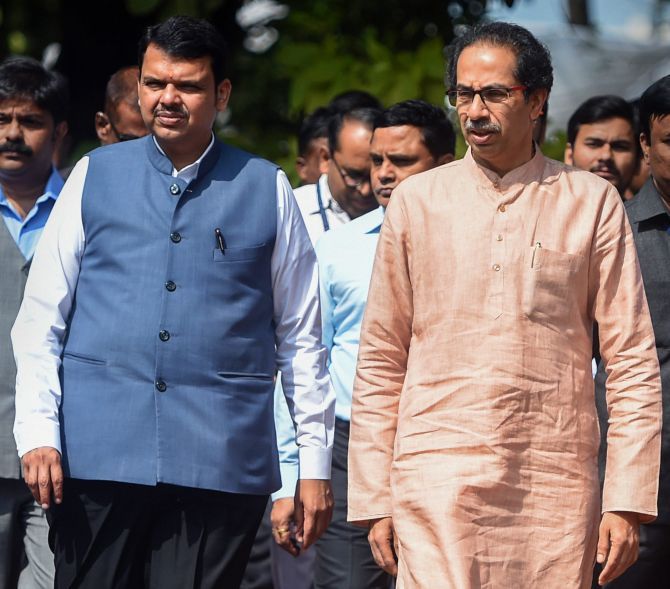 The farmer, Srikant Vishnu Gadale, a resident of Vadmauli in Kej taluka, has expressed this wish in a letter submitted to the office of Beed collector on Thursday.

He wrote in the letter, "The Shiv Sena and the BJP are yet to resolve their issue regarding the post of chief minister which was raised after the 2019 assembly election results.

"Natural calamities (unseasonal rains) have hampered ready-to-harvest crops in the state. The farmers are tense over these calamities."

"At a time when farmers are suffering, the Shiv Sena and the BJP are unable to resolve the issue of holding chief minister's post.

"Hence, till the issue is resolved, the governor should hand over the responsibility of chief minister's post to me," Gadale said.

"I will solve the problems of farmers and give them justice," he said.

The farmer also wrote that if the administration does not take note of his letter, he would protest through "democratic means".

The Shiv Sena is demanding the post of chief minister for two-and-a-half-years and 50:50 division of portfolios.

Both these demands have been rejected by the BJP which has insisted that Chief Minister Devendra Fadnavis will continue in the post for the next five years.