July 09, 2012 17:11 IST
Air India engineers, who were flown to Nawabshah airport in Pakistan to attend to an Airbus A-319 that had landed under emergency conditions today, have found that the cockpit panel had emitted a "false alarm" about a technical problem.

"There was nothing wrong with the hydraulic system of the aircraft and, apparently the cockpit panel emitted false alarm making red lights to blip," airline officials said in New Delhi. "However, even such a technical glitch has to be corrected and that is being done," they said.

The officials said the relief Airbus A-320 plane, carrying the 130 stranded passengers and crew of the A-319, had left for Delhi from Nawabshah.

The A-319, which was checked by the flight engineers, is also expected to return to Delhi by this evening, they said.

The Air India plane flying from Abu Dhabi to Delhi had landed at Nawabshah in Pakistan's southern Sindh province early this morning under emergency conditions after the cockpit panel emitted emergency signals, which later turned out to be false.

"The aircraft was flying over Pakistani air space when the pilot saw warning lights on the cockpit panel and sought permission to land at the nearest airport which was Nawabshah," an AI spokesperson said. 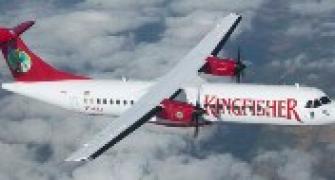