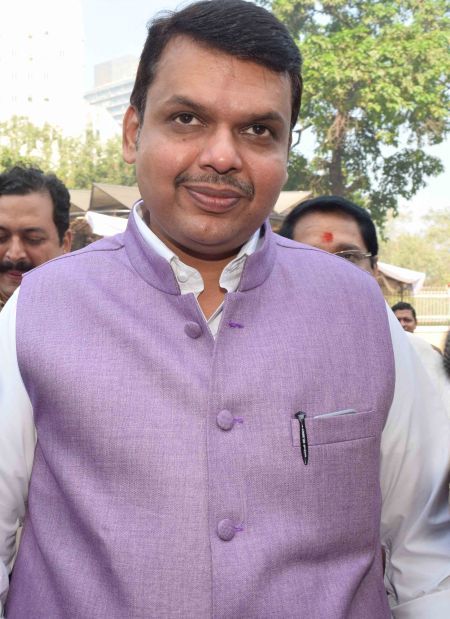 Amid high drama, the 13-day-old Devendra Fadnavis government on Wednesday won the trust motion in the Maharashtra assembly through a voice vote, drawing angry reactions from Shiv Sena and Congress which accused the ruling Bharatiya Janata Party of failing to prove its majority and ‘strangulating democracy’.

A one-line motion moved by BJP Member of Legislative Assembly Ashish Shelar seeking confidence of the House in the BJP government was declared passed by voice vote even as opposition Shiv Sena and Congress insisted on a division of votes.

As the speaker declared the motion passed after the ‘Ayes’ and ‘Noes’, there was a storm of protest by MLAs of the Shiv Sena, which decided to claim the main opposition's space after talks with BJP over reaching a power-sharing arrangement remained deadlocked.

They rushed to the Well insisting on a division and were soon joined by Congress MLAs. "The motion has been passed," declared Speaker Haribhau Bagde over the din.

"The issue is over. The trust vote has been passed," Bagde said as Eknath Shinde, Shiv Sena Legislature Party leader, who was earlier in the day accorded the status of leader of opposition, alleged that passing of the confidence motion by voice vote was akin to ‘strangling democracy’.

"The House should be run as per rules and the Constitution should not be trampled upon. The new government is strangulating democracy. We sought division but the trust vote was passed by voice vote," Shinde said.

Chief Minister Fadnavis joined issue with Shinde, saying, "Although there is the word opposition in your designation, the expectation is that you should not oppose each and every issue and support the government's pro-people decisions."

MLAs of Sharad Pawar's Nationalist Congress Party, which had declared outside support to the government, remained seated quietly as decibel rose steadily and tempers frayed.

With 121 MLAs of its own, one of ally Rashtriya Samaj Paksha and support of 41-member NCP the BJP government could have easily won the trust vote even if a division of votes were to happen. The party had also claimed support of 7 independents, three of Bahujan Vikas Aagadhi and some from other smaller parties. 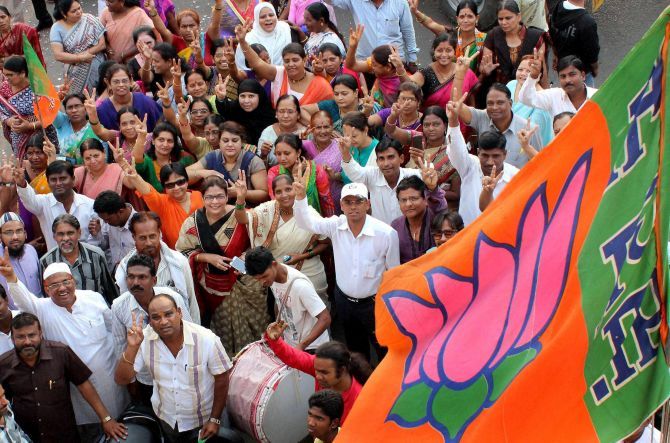 Strongly disapproving of the passage of the motion by voice vote, Shiv Sena and Congress have decided to petition Governor C Vidyasagar Rao to direct the government to seek a fresh vote.

"It is a black day in the democratic process in Maharashtra. Never a confidence motion has been passed by voice vote. Until the government proves its majority in the House by division, the government is illegitimate," senior Congress leader and former Chief Minister Prithviraj Chavan told mediapersons outside the assembly.

State Congress president Manikrao Thakre held that the motion had ‘not been passed’ as there was no division of votes.

"Being a minority government it was the duty of the government to pass the motion through division. They are around 25 MLAs short (of majority). Atal Behari Vajpayee government fell by one vote in Parliament.

"We will frustrate all attempts to manipulate a majority and not allow the Assembly to conduct any business until the government obtains a fresh trust vote," Thakre said.

"Vidhan Sabha stands tarnished today," Shiv Sena leader Ramdas Kadam said, claiming since the Fadnavisv government did not enjoy majority in the House, it had manipulated the trust vote.

"A division would have made it clear whether they have the support of the majority of MLAs. The confidence motion has not been passed," he said. He also said he will talk to other opposition parties to discuss if a no-confidence motion should be brought against the speaker. Kadam and senior Congress leader Bhai Jagtap said they will explore legal option to remedy the situation.

Speaker Bagde, however, defended his decision of having declared the motion as passed by voice vote as the demand for a division had come late.

"The demand for division came late. It should have come when I asked for those against the motion to say no. The process of trust vote has been completed as per rules," he said. The state unit of Congress sent a letter to the Governor requesting him not to address the joint sitting of the bicameral legislature scheduled later in the day.

"The minority BJP government has a strength of 123 MLAs when the majority mark is 145. It was asked to prove its majority in the House. But the motion of vote of confidence was not put to vote. The BJP government has not followed your directives and hence it is an unconstitutional government," the letter said.

The party sought time to explain the developments that took place in the Assembly and threatened to launch an agitation if the demand for government seeking a fresh trust vote was not met.