Maharashtra Chief Minister Devendra Fadnavis on Friday expanded his council of ministers, inducting 11 ministers, including 10 new faces, in the exercise which left Shiv Sena unhappy as it was denied a Cabinet berth. 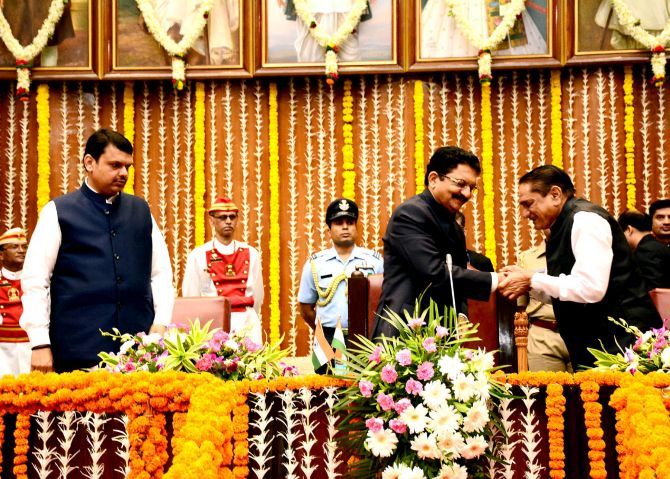 Unlike in the Union Cabinet reshuffle, where Shiv Sena was ignored, Fadnavis inducted two legislators from the bickering ally as Ministers of State. The BJP, however, did not oblige the demand for a Cabinet berth from Sena whose chief Uddhav Thackeray was conspicuous by his absence at the swearing-in ceremony held at Raj Bhawan in Mumbai on Friday morning.

Six legislators were sworn-in as Cabinet ministers, including Ram Shinde who was elevated to the rank. He was earlier Minister of State for Home (rural).

Sena MLAs Arjun Khotkar, from Jalna in Marathwada region, and Gulabrao Patil, from Jalgaon in north Maharashtra, were inducted in the ministry as junior ministers.

BJP legislators Ravindra Chavan and Madan Yerawar were sworn in as Ministers of State.

The other five, including two of Shiv Sena, two of BJP and one of another alliance partner, were sworn-in as MoS. 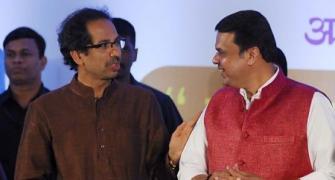 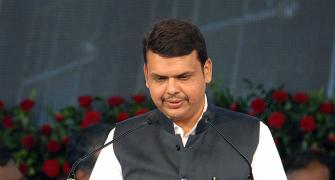 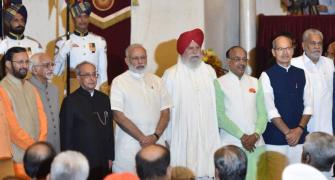 Sena reacts to reshuffle: All faces are from BJP, not NDA 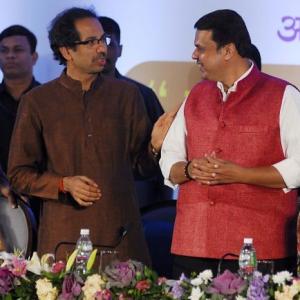 'When are you taking talaaq?': BJP dares Sena to walk out of alliance 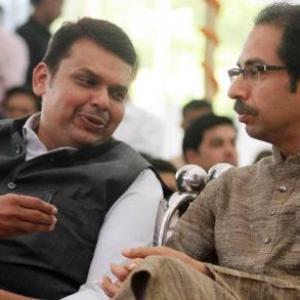 Sena to be part of Fadnavis' cabinet expansion; gets 2 MoS berths