In a major crackdown on the use of fake accounts to criticise opponents, Facebook Inc Monday removed 687 pages and accounts linked to the Congress and a smaller number of what appeared to be pro-Bharatiya Janata Party accounts, saying they were indulging in 'coordinated inauthentic behaviour' on the social media platform. 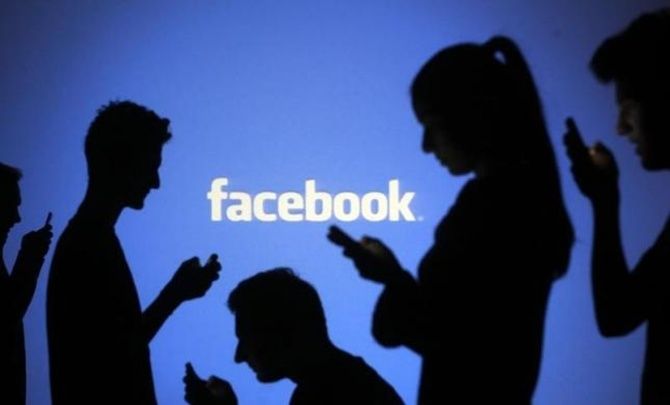 The action to remove Facebook and Instagram accounts, just days before the first phase of polling for the general elections, led to a war of words between the ruling BJP and the main opposition party with the former calling the move a 'desperate' attempt to claim support and the latter disowning the accounts.

While accounts/pages linked to the Congress party appeared to be large in number, the following or reach of pro-BJP accounts was several times more.

Along with removing Congress-linked pages, Facebook also shut down 103 pages, groups and accounts originating in Pakistan and linked to employees of the Inter-Service Public Relations department of the Pakistani military, for similar behaviour but said there was no link between the two set of users.

It, however, said the action to snap out accounts and pages was based on their behaviour, not the content they posted.

In a rare action against a prominent political party in a country that is home to 300 million users -- the largest number of users in the world -- Facebook said its investigation found individuals used fake accounts to disseminate views on local news and political issues and 'criticism of political opponents including the BJP'.

It also shared two examples of such posts -- one that sought support for Congress president Rahul Gandhi by highlighting his idea of universal basic income for the poor, and the other that criticised Prime Minister Narendra Modi and Finance Minister Arun Jaitley for opposing Congress' plan for giving poor an income of Rs 72,000 a year.

"While the people behind this activity attempted to conceal their identities, our review found that it was connected to individuals associated with an INC IT Cell," Nathaniel Gleicher, Head of Cybersecurity Policy at Facebook, said.

Facebook said it has also removed 15 pages, groups and accounts, whose owners 'used a combination of authentic and fake accounts' to root for the government and the BJP and post content on alleged misconduct of political opponents including the Indian National Congress.

"Although the people behind this activity attempted to conceal their identities, our investigation found that this activity was linked to individuals associated with an Indian IT firm, Silver Touch," it said.

While Union Minister Ravi Shankar Prasad said the Congress was resorting to 'dubious means' to claim support, the opposition party retorted back saying no official pages run by the party or its verified volunteers have been taken down.

In a statement on Twitter, the Congress said, "This is to clarify no official pages run by INC have been taken down. Additionally, all pages run by our verified volunteers are also unaffected. In the meantime, we are awaiting a response from Facebook to provide us a list of all pages/accounts that they have taken down."

On the other hand, Prasad said Facebook removing pages linked to the Congress is 'a very historical development'.

"When inquiry was done, it was found that those individuals were linked to Congress IT cell.

"Congress is desperate therefore resorting to these types of dubious means to claim support but people are sure of what they have seen of Narendra Modi govt," he said.

Asked to comment on the issue at an All India Congress Committee briefing, Congress spokesperson Manish Tewari said: "We don't react off the back to news reports which may just be coming in. We would need to verify the veracity of this whether there are any Facebook pages which are linked to us."

Separately, Facebook said it had also removed another 227 pages and 94 accounts in India for violating its policies against spam and misrepresentation.

Gleicher said Facebook has removed 687 Facebook pages and accounts -- the majority of which had already been detected and suspended by its automated systems - that engaged in 'coordinated inauthentic behaviour' in India and were linked to individuals associated with an IT Cell of the INC.

"When we remove one of these networks, the reason we remove them is because of their coordinated inauthentic behaviour, that they are using a network of fake accounts to conceal their identity....to mislead who's behind them. That's the basic reason for removal," he told reporters.

"We are constantly working to detect and stop coordinated inauthentic behaviour because we don't want our services to be used to manipulate people. We're taking down these pages and accounts based on their behaviour, not the content they posted," he said.

Facebook, which has been facing flak globally for instances of a user data breach, has been ramping up efforts to ensure that its platforms (that includes WhatsApp and Instagram) aren't misused to spread misinformation, especially ahead of polls in India.

It has recently started providing details of political ads on its platform in a bid to enhance transparency. It is also strengthening its team of fact checkers and deploying technology tools to flag fake news.

In a blog post, Facebook said pro-Congress pages and accounts removed had spent around $39,000 for ads on Facebook while Indian IT firm Silver Touch spent $70,000 on ads.